Adele To Unveil Madame Tussauds Waxwork In July (E ENTERTAINMENT) BY ALICIA ADEJOBI ON MAY 3, 2013 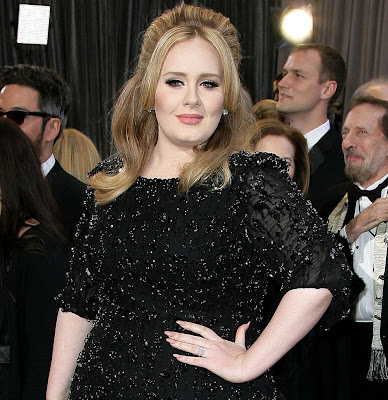 Adele will be transformed into wax for her first Madame Tussauds figure (Adriana M. Barraza/WENN.com)

Adele will be finally transformed into a waxwork this summer with her Madame Tussauds debut taking place in July meaning her figure will join the likes of One Direction, Rihanna and Madonna who are also housed at the London and Amsterdam locations.

The 'Rolling In The Deep' singer will reportedly unveil her figure in July with sculptors currently working on the waxwork to ensure it is ready in time for its grand debut, just a couple of months after One Direction were inaugurated at the Tussauds.

Announcing the news, Nicole Fenner at Madame Tussauds said in a statement: “She's one of the world's hottest properties right now and one of our most requested personalities. We've seen a huge increase in requests for her figure since 'Skyfall' was released.”

Adele, who will be turning 25 this Sunday, has won nine Grammy Awards and also an Oscar for her James Bond ballad 'Skyfall.'