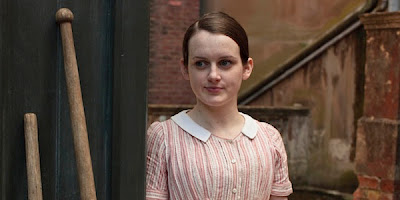 Kenneth Branagh's Cinderella is filling up with familiar faces from the small screen. The live-action re-imagining is set to star Downton Abbey's Lily James as the title character, with Game of Thrones' Richard Madden set to play the Prince. Yesterday, we learned that The Borgias beauty Holliday Grainger signed on to play one of the wicked stepsisters, and today comes word that Downton Abbey's Sophie McShera is set to play the other one.

THR reports that negotiations are underway for McShera to team up with Grainger to play mean stepsisters Drisella and Anastasia in the film. For those unfamiliar with the tale, Cinderella's an orphaned character who lives with her "wicked stepmother" and nasty stepsisters, who regularly ridicule her. Cate Blanchett will play the mentioned stepmother, and when considering all of these TV stars, the Oscar winner seems to be the odd-woman-out... unless we count her pre-Elizabeth miniseries work in the 90s. -

See more at: http://www.cinemablend.com/new/Downton-Abbey-Sophie-McShera-Talks-Kenneth-Branagh-Cinderella-38011.html#sthash.PYFJ9CEN.dpuf
Posted by Karen V. Wasylowski at 10:07 AM