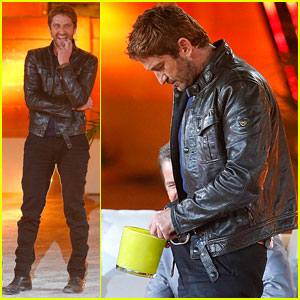 Gerard Butler unbuckles his pants and holds an ice bucket while filming a segment for the TV show Wetten, dass..? at the Coliseo Balear bullfighting arena in Mallorca, Spain. 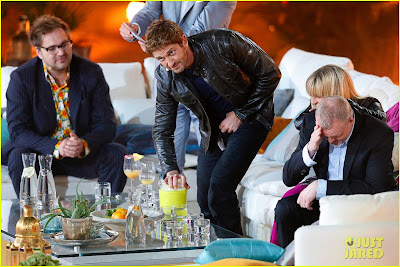 The 43-year-old actor then proceeded to put the ice down his pants! He was also seen riding around the arena in a jeep.