The first image has been released and now there’s a chance to hear how Sherlock star Benedict Cumberbatch will sound as genius codebreaker Alan Turing.

He will be playing the Sherborne educated mathematician in The Imitation Game, due to be released later this year and which was partially filmed in the Dorset town. 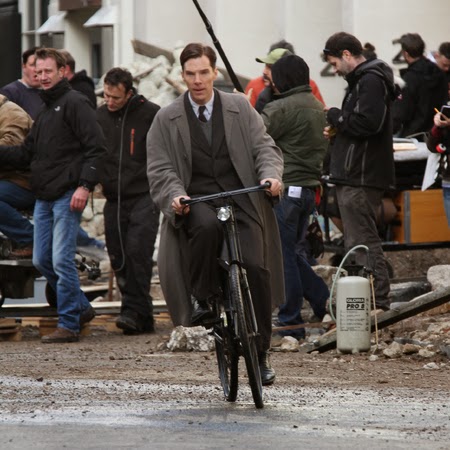 The Imitation Game's Twitter page has provided a link to this short video clip in which Cumberbatch reads a letter from Alan Turing to his friend and fellow mathematician Norman Routledge. Turing wrote the letter shortly before his court appearance for gross indecency and although he remarks that he should one day write a short story about the incident, signing it "yours in distress".

The reading came during the Letters Live event in London in which a spectacular array of actors, authors and musicians, read out "correspondence deserving of a wider audience” alongside musical performances. Those taking part included Gillian Anderson, Matt Berry, Nick Cave, Neil Gaiman, Thandie Newton, Peter Serafinowicz and Juliet Stevenson.

Dr Turing was recently given a posthumous royal pardon for a 61-year-old conviction for homosexual activity.