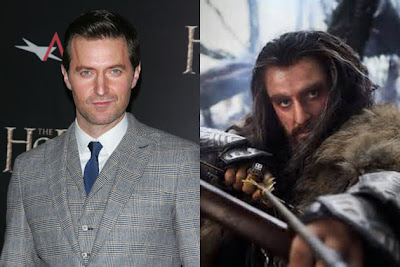 MovieFIX reporter Yasmin Vought settled in for a chat with Richard Armitage while he was in Sydney this week to promote the DVD and Blu-Ray release of The Hobbit: An Unexpected Journey — where he told us a hilarious story about Peter Jackson's pants falling down, what it was like to go to dwarf boot camp and why Prince William, Duke of Cambridge would make a great elf. Read the full interview below.

How has your Australian stay been so far?

Richard: Yeah good, easy. I 've never been to Sydney before — I've had a great time.

Karaoke huh, did you go to Ding Dong Dangs?

Richard: Yes I did. I don't remember what I sang, but I can't seem to get [Bon Jovi's] 'Living on a Prayer' out of my head, so maybe it was that.

But I thought your voice was more baritone.

Richard: Yeah, so did I. Maybe I sang the baritone version of it.

Richard: We like to call her towel rail. No I can't actually, I would be absolutely slaughtered. All I can say is that I love Evangeline [Lilly], very much.

I'm very curious about her character, because she wasn't in the books?

And you went to dwarf boot camp for your training.

Richard: We did about eight weeks of learning how to walk like a dwarf, dwarf insults, wrestling and headbutting. They supposedly had a secret hand language, but we didn't quite manage to get that into the story because there just wasn't enough time to figure out what these hand signals were that they were doing.

But yeah it was interesting. We went into the woodlands to do a war improvisation and we started using these hand signals, like the SAS (Special Air Service) might. Which was fun.

You have your own lego character! That's pretty awesome.

Richard: There's one Thorin Lego which I'm very proud of. You now you've arrived when there's a Lego for your character. 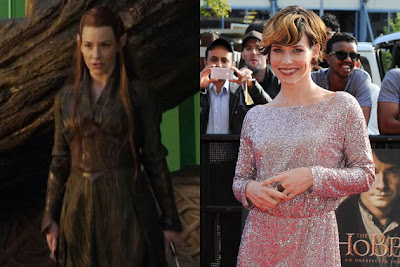 This is why I was surprised that Tauriel had her own Lego figurine.

Richard: Well yeah, originally she was possibly going to be in movie one, so that's why a lot of those characters you would have seen already.

When you first read the book did you always feel a connection with Thorin's character?

Richard: No, when I read it as a kid, of course you follow Bilbo because that's what [JRR] Tolkien wants you to do. I loved Gollum, but I never thought that I might be playing Thorin.

Now I can't really imagine playing anything else, which is possibly a good thing. It's a sign of a connection with your character, because I'd thought aboit him a lot, read about him and had a connection with him.

266 days of filming is a long time with one character.

Richard: Yeah it is, but I think he'll stay in my head for a long time. I'm curious to see how he evolves for the second and third films. Because we shot it, but I don't quite remember what we did. I mean, I saw movie one and there were moments when I was like "I don't remember doing that".


READ THE REST OF THE ARTICLE HERE: http://yourmovies.com.au/article/8651311/richard-armitage-i-told-prince-william-hed-make-a-good-elf-in-the-hobbit

Posted by Karen V. Wasylowski at 8:01 AM