Thomas has been off his game all season on Downton Abbey. At best, he got Cora thinking O’Brien wanted to leave her position, and at worst, he outed himself to the house by kissing Jimmy. But of course, Thomas found himself on top once more, saved by Bates, and even promoted above him. Rob James-Collier, who plays the diabolical footman, said his brush with near-termination won’t have much of a lasting effect. “Saving Thomas, it’s the worst thing that could have happened to Bates,” he said. Vulture spoke with the 36-year-old actor while he was out in Los Angeles about Thomas’ lovesick arc, run-ins with his fans, and what the servants do for fun downstairs. (Or not.)

Hey. How are you?

Hi, how are you doing? I know I look like a drug dealer because I’ve got two phones right now. In England drug dealers have two phones. But this one’s for America and this one’s me English phone. I’m not going to be selling crack while we have the interview though.

You condone the sale of crack? Sorry, where do you write for? 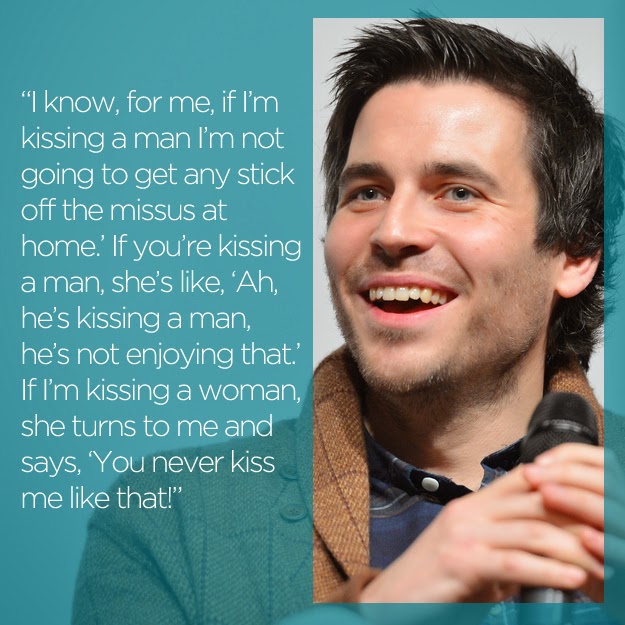 You did the Thomas and O’Brien cut-out kit?

Can I get one of them? I’ve not got one. I want to frame it and put it up on my wall. Someone sent Siobhan [who plays Ms. O’Brien] a photo of it and I want a proper one. Can you make that happen?

I’ll do my best. But for now, I want to talk about the dastardly way Thomas smokes. Is that how you normally smoke?

I don’t even smoke! If you watch from seasons one to three, my smoking is terrible in the first year. There was a scene in season two where I took it so deep, I said a paragraph’s worth of dialogue and five lines after that smoke was still coming out my mouth. I do use it for dramatic effect, totally. Others might say it’s “Rob, you can’t remember your lines, so you take a take drag on your cigarette until the line comes into your head.” And let’s be honest: I think it looks good on screen. I need all the help I can get. It’s like having your own lighting on stage. Foggy lighting. It makes him mysterious.