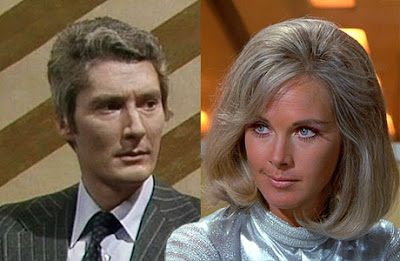 As any Sheen, Redgrave or Baldwin can tell you, it’s not that uncommon for actors to have families with other actors, and for those children to go on and become actors themselves. And in a profession that is notorious for waspish jealousy and intra-familial bickering, what’s remarkable in the case of Benedict Cumberbatch is that his parents, a well-respected thespian couple who put bread on the table from years of theatre work and not-quite-headline-but-still-it’s-a-wage-eh? roles are entirely aware that their only child is some kind of mutant super-thespian, and they couldn’t be prouder. 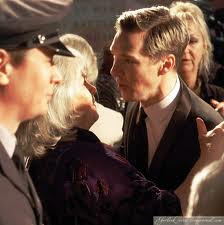 Let’s start at the beginning, with Timothy Carlton, an actor of some aristocractic bearing, and Wanda Ventham. Wanda is from the same acting generation as the Dames Judi Dench and Diana Rigg, but had to turn down the chance to work at the Royal Shakespeare Company, her big break in theatrical terms, because she was pregnant with Tracie, Benedict’s older sister (from a previous marriage).


Here’s Wanda, appearing in the Doctor Who story Image of the Fendahl:

And here’s Timothy, as the former Count de Beaulieu, about to go to the guillotine in the 1982 adaptation of The Scarlet Pimpernell:
READ MORE: http://www.bbcamerica.com/anglophenia/2013/04/the-full-dynastic-heritage-of-benedict-cumberbatch/
Posted by Karen V. Wasylowski at 9:56 AM