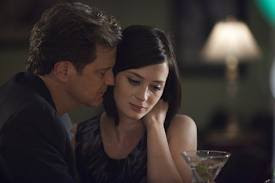 People tend to freak when a Britisher adopts an American accent, or vice versa. Partly, it’s about the supposed athletic ability required to wield a foreign tongue. (And partly, it’s the sadness of hearing someone with a euphonious accent forced to sound like a boring Yank.)

“It’s not that big a deal for us,” confesses Emily Blunt. “We just see it as another character, and taking on another voice.” Blunt stars with fellow countryperson Colin Firth in “Arthur Newman,” as two people running away from their lives who meet up on the road. In the film both actors talk American.

“I’ve rarely done a film in England that doesn’t include an American actress, often doing an English accent,” says Firth.

Blunt points out Renee Zelwegger as Bridget Jones. “I remember when she got the part every woman was up in arms, because everyone thought they were Bridget Jones. She was in the public domain. There was outrage. Then she turned out to do the most amazing job.” 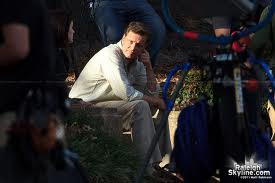 Firth, like Blunt, has a very proper English accent — or at least one would assume. “The accent that people think comes naturally to me is not the one I grew up with,” reveals Firth. “I am from what is known as the ‘west country’ of England.” He says he deliberately lost his native accent when he was first trying to be an actor.

“In England you’re trained to learn what is known in our field as ‘BBC English.’ Basically the idea is that it is a neutral sound from which you can do other things. I think people I went to school with probably got a bit of a shock when they first heard me trying to sound patrician.”

“There’s a tendency in England that if you come from a family that speaks a bit posh that you want to reject that,” says Blunt. “A lot of kids who come from upper middle class family walk around [adopts Cockney-ish accent] talking like that, know wha’ I mean?”

READ MORE: http://www.metro.us/newyork/entertainment/2013/04/22/colin-firth-and-emily-blunt-talk-accents-and-arthur-newman/
Posted by Karen V. Wasylowski at 10:39 AM