Henry Cavill: 'The pay was pretty good, but they treat you like s**t': Man Of Steel Henry Cavill recalls the acting advice Russell Crowe gave him at age 16 By J J ANISIOBI (MAIL ON LINE) 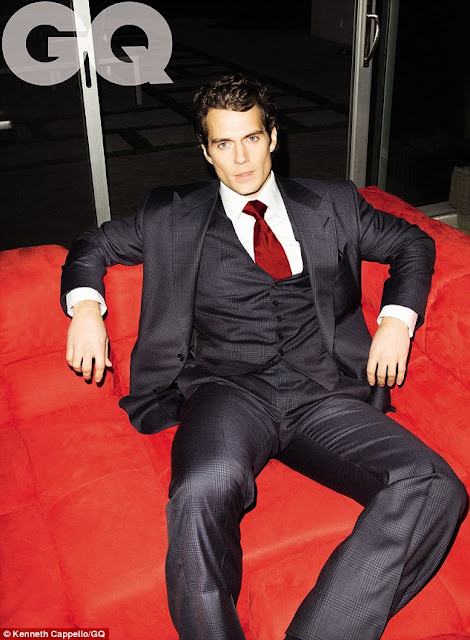 Henry Cavill's real life tale from school boy to leading actor as Superman in Man Of Steel, is a story that even Hollywood couldn't create.

The British star will soon be seen in cinemas alongside his on-screen father Russell Crowe, who plays Jor-El, after previously missing out on roles as Edward Cullen in Twilight and the coveted part of James Bond.

Although the pair have spent several months together filming the summer blockbuster, Henry, 29, revealed he met Crowe, 49, back when he was in still in high school.

It is partly down to Crowe that Henry then went on to become an actor after the Gladiator star gave him some advice. 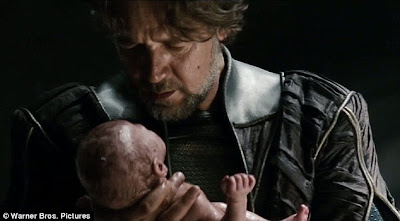 Cavill was a 16-year-old pupil at the Stowe School in Buckinghamshire, and had been cast as an extra while Russell filmed a goodbye scene to his on-screen son in Proof Of Life.

During a glossy photoshoot he recalls the tale to GQ Magazine: 'I thought we kind of look ridiculous, standing there, looking over at this famous actor.

'And I want to be an actor. So I thought I may as well go over and ask this guy about it.'

Rather than being stand offish Crowe was happy to impart some words of wisdom and told young Cavill 'But if you want to go for it, then really go for it. Commit.'

Despite having a reputation for being an unreasonable hard man, Crowe showed his caring side, after he left the football field.

Two days later, Cavill received a package in the post which contained some Jersey sweets (Cavill mentioned where he’d grown up), a jar of Vegemite, a CD of Crowe's band 30 Odd Foot Of Grunts and a picture of Crowe in Gladiator, with a signed message.

The message read: 'Dear Henry, a journey of 1,000 miles begins in a single step. Russell.'