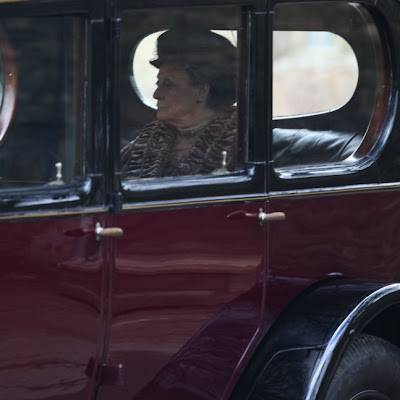 Downton Abbey's new series looks set to be a treat, and sparks look set to fly between Dame Maggie Smith and Shirley MacLaine, according to the show's Allen Leech.

Leech, who plays Lady Sybil's widower Tom Branson in the period drama, has teased details MacLaine is set for a Downton return and her character (Martha Levinson) will almost certainly clash with Smith's Lady Violet.


In the last series, we saw MacLaine play Cora Crawley's rather loud-mouthed mother often stand off against Lady Violet in the ITV drama, making it one of the most entertainingclashes on TV.

And now, Leech has admitted that just being around the pair is "great". Talking to the RadioTimes.com at the Olivier Awards this weekend, Leech revealed what it's like to act with the acting veterans.

"You've got a British acting legend and you have a Hollywood acting legend so sitting in a room with the two of them is great," he said.

When pressed for details about MacLaine's impending return and whether writer Julian Fellowes has written any classic lines.