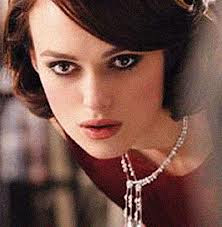 Keira Knightley's starring role as legendary fashion designer Coco Chanel has been revealed for the first time in a new teaser video. The French fashion house released a clip today of the upcoming Chanel mini movie, which premieres in full on 8th May on the brand's website, entitled 'Once Upon A Time' and directed by creative director Karl Lagerfeld. In the arty black and white teaser, the British star, who is currently the face of the luxury label's Coco Mademoiselle perfume, is shown alongside French actress Clotilde Hesme, who plays her aunt Adrienne.