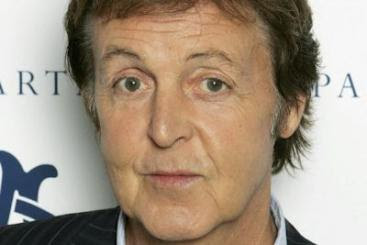 LONDON, England, Friday April 19, 2013 – At the ripe old age of 70, former Beatles and Wings star Sir Paul McCartney is still the richest musician in Britain, booting “Cats” creator Andrew Lloyd-Webber into the doghouse; giving U2 a big “you, too” and conveying a clear message to Elton John to “Get Back, Honky Cat,” not to mention leaving Mick Jagger with no “Satisfaction”.

McCartney's £680 million (US$1.04 billion) fortune put him in the top spot on the Sunday Times Rich List 2013, which will be published in full on April 21, and ranks the UK and Ireland's richest musicians.

The ranking is nothing new for the vintage entertainer who has topped all the charts for the country's wealthiest musicians since the Rich List’s inception in 1989. At that time he was only worth a paltry £80 million.

Apart from his featured appearances at Queen Elizabeth's diamond jubilee and both the opening and closing ceremonies for the London Olympics, the former Beatle's "On the Run" tour grossed US$57 million last year.

Posted by Karen V. Wasylowski at 9:37 AM