According to The Wrap, ‘Downton Abbey’ star Hugh Bonneville is in negotiations to play the live-action lead in the upcoming movie adaptation of ‘Paddington Bear.’ With production scheduled to start this fall, Paul King (The Mighty Boosh) is directing from a script by Hamish McColl (Mr. Bean’s Holiday). Michael Bond’s beloved “Paddington” books have sold more than 35 million copies in 40 languages. The first book in the bestselling children’s series was published in 1958, though the “Paddington” movie will be a modern adaptation that combines live-action with CGI. David Heyman, who shepherded the blockbuster ‘Harry Potter’ franchise, is producing through his Heyday Films banner along with Jeffrey Clifford. 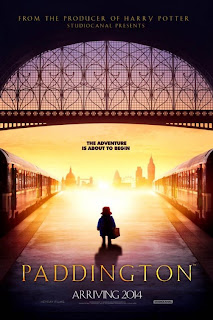 ‘Paddington Bear’ finds the titular talking bear traveling from darkest Peru to London’s Paddington Station where he’s taken in by an English family that must protect him from the villainous director of the Museum of Natural History, who happens to be a cold-hearted taxidermist. Hugh Bonneville is making a deal to play Henry Brown, the well-intentioned if somewhat uptight patriarch of Paddington’s new family. The Wrap add the filmmakers would like ‘House’ star Hugh Laurie to voice the role of Paddington but he is not in negotiations at this time, according to individuals familiar with the project. The official synopsis for the upcoming film is as follows.