Paul Bettany has joked his Oscar-winning wife Jennifer Connelly is "quite good" at acting.

Paul is looking forward to his next project, which will involve him working alongside Jennifer.

"I should be directing a movie I wrote, called Shelter," Paul told UK newspaper The Guardian about his next project. "It's a homeless love story, set on the streets of Manhattan. And my wife is going to be in it, which is nice. She's quite good at the acting." 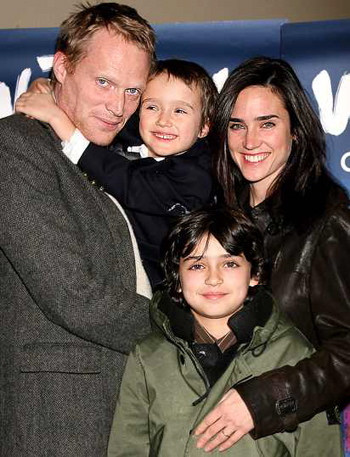 Paul admitted he's got no idea how well he'll do taking on the director's role. The thespian has worked under the direction of legendary industry figures such as Lars von Trier in the past. His experience of making films such as Dogville and the Iron Man franchise, has taught him what he doesn't want to be like behind the camera.

"Oh God, I guess we'll find out. I know how I'm not going to do it," he explained. "More and more, as an actor, I come on set from the trailer with very little preparation. For the most part, directors have lost faith in actors. Here is what used to happen: You got picked up in the morning and taken to your trailer. You got some coffee and then went and rehearsed the scene with just the director and the first assistant director. That time was written into the schedule. They would figure out how they were going to cover the action and you were part of the process. All sorts of ideas would come out of that discussion."