They've endured a particularly tumultuous relationship to date, culminating in his arrest last year on suspicion of harassment.

But Sean Bean and his ex-wife Georgina Sutcliffe confirmed their reunion once and for all as they enjoyed a romantic mini-break in Rome, Italy, earlier this week.

The couple looked closer than ever as they settled into their new surroundings, and certainly didn't seem shy when it came to making their love for one another known. 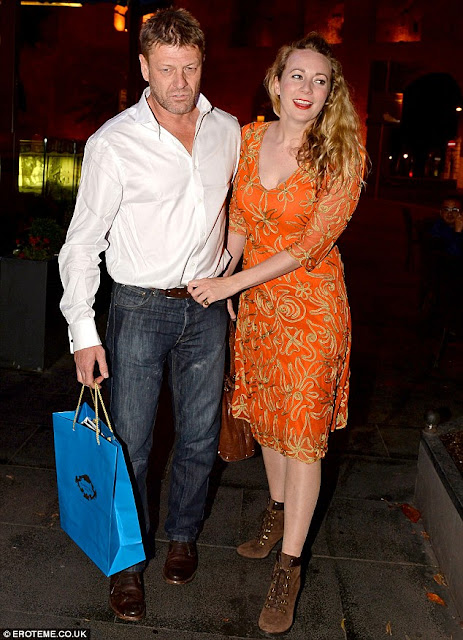 Whether it was the romantic surroundings or their recent rekindling of their formerly troubled relationship that sealed the deal, the Game Of Thrones actor and his fourth wife looked utterly besotted as they took a late-night stroll around the picturesque Italian city.

The pair appeared to be in great spirits as they soaked up the atmosphere at Harry's Bar, with the Sheffield-born star smoking a cigarette and glugging a beer as Georgina sipped away on a martini.

Staring into each other's eyes as they shared a joke across the table, the duo seemed more in love than ever as they enjoyed a spot of al fresco dining.