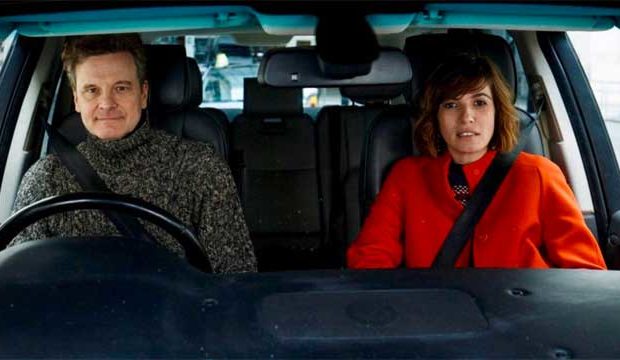 Colin Firth played the hapless Jamie in “Love Actually” in 2003. He won over his Portuguese housekeeper Aurelia (Lucia Moniz) and the rest of us with his winsome ways. The two actors have reunited to take part in a 10-minute film that will air as part of Comic Relief’s Red Nose Day specials in both the UK (March 24) and the US (May 25). Writer/director Richard Curtis, who is heavily involved in this good cause, has crafted an update.

His partner Emma Freud, who is producing this special, is keeping us updated on the filming via Twitter. She sent out the photo above, that has Firth once again in the driver seat but this time Moniz doesn’t look as nervous.

First to arrive on the set several weeks ago was Liam Neeson who played stepfather to a boy (Thomas Brodie-Sangster) trying to come to loss with the death of his mother. Back then, he counseled the teen to try win over a visiting American girl with music. Jump ahead to today, and that little girl with the big voice who belted out Mariah Carey’s “All I Want For Christmas Is You” is now all grown up.