Night Manager series 2 release date, Tom Hiddleston and everything you need to know Your complete guide to the next season. 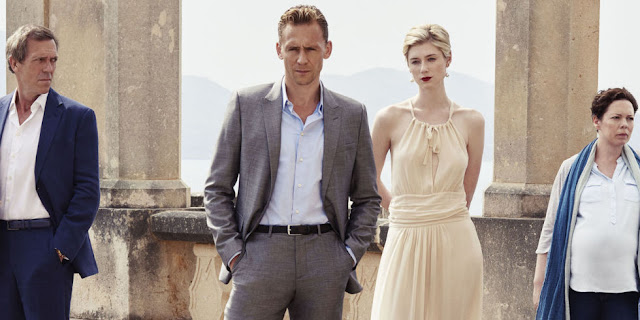 The legions of Tom Hiddleston fans campaigning for the actor to be the next James Bond were (almost) rewarded in early 2016, when The Night Manager began broadcasting on BBC One.

Essentially a long-form Bond flick spread across six episodes of television (based on a John le Carré book, as opposed to an Ian Fleming one), it followed Hiddleston's luxury-hotel night manager (and former British soldier) Jonathan Pine, as he's recruited as a spy and tasked with taking down a secret arms trade operating between Whitehall and Washington, DC.

Pine may have completed his mission, but if there's one thing James Bond taught us, a spy's work is never done.

It garnered huge critical, audience and award-ceremony success, being nominated for 36 awards and winning 11, including Golden Globes and Emmys. Which probably helped its chances of returning for a second series.

There's one significant element holding it back, but we'll get to that in a moment.

For now, here's all the very latest The Night Manager series 2 news and rumours

We've got some bad news for those desperate Googlers – there's literally no chance of a new series this year.

Still, 2017 has brought some good news to fans. In March of this year, director Susanne Bier confirmed that scripts for a second season were "slowly being developed".

This was the first official confirmation that series 2 was even being considered, and it was reason enough for The Night Manager maniacs to order a slap-up celebration meal via room service.

Bier told Broadcast: "We all very much want to do a season two, but the thing we absolutely do not want is to do something that does not live up to the level of season one. That would be a really bad idea."

Despite series one's massive ratings success / huge awards haul, the show has yet to be renewed for a second series.

The BBC and AMC, along with producers The Ink Factory, released a statement explaining the situation, saying they are in the "early stages" of development.

"[We] are in the early stages of developing a potential second series of The Night Manager, but nothing is definite yet and we have nothing to announce," they said.

Producer Simon Cornwell (who is also author John le Carré's son) has said that the show's creators "would love to do another series".

One possible – and fairly major – hold-up is the fact the source book was a one off, with no follow-ups.