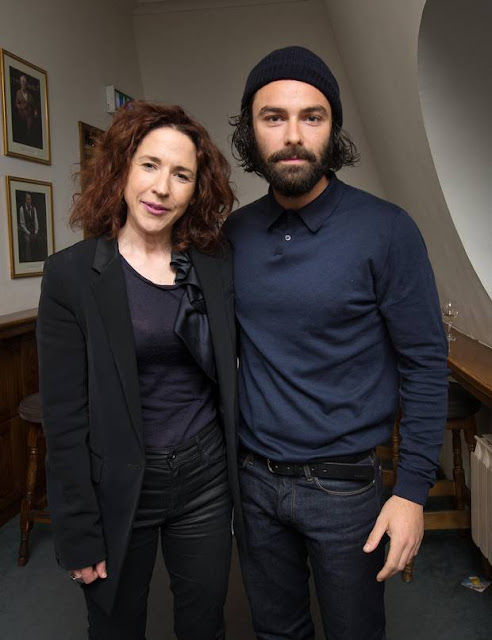 Aidan Turner has returned to Dublin for a rare night out at home, as Poldark fans are in a spin over the show's earlier return to our screens.

The heart-throb was snapped tonight at The Gate theatre with new director of the theatre Selina Cartmell at the opening night of Noel Coward's Private Lives.

He appeared tonight at the theatre dressed down in jeans and a beanie hat for the show, which is at the beginning of a three month run.

"The earlier filming schedule on this series means that we can bring the much anticipated third series back sooner for fans to Sunday nights in June," a BBC spokeswoman said.