KEIRA KNIGHTLEY, ANTONIO BANDERAS - THE SKIN I LIVE IN

Toronto Film Festival Day 2: Antonio Banderas gets the kinks out in `The Skin I Live In" 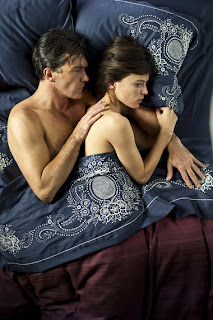 SONY PICTURES CLASSICS)Antonio Banderas and Elena Anaya share a dangerous bed in "The Skin I Live In."
How do you keep awake in Toronto with up to 16 hours of screenings a day – plus Tweets, blog posts, and grab-your-notebook-and-get-a-quote parties to cover before you go to sleep?
Well, you could try starting the morning with two quick cups of black coffee and a Jason Statham action picture, and then follow with a large Coke and back-to-back efforts by two of cinema’s best, and most sexually outrageous directors.
That was what Friday served up, anyway, starting with “Killer Elite,” which isn’t a remake of the old Sam Peckinpah “The Killer Elite,” but instead a brand-new testosterone fest with Statham, Robert De Niro and Clive Owen throwing punches and firing assault weapons.
As a double-crossing spy thriller, it’s more confused than intricate. But the action scenes are cleanly shot – including one terrifically wild three-way bout among a man with a gun, a man in handcuffs, and a man tied to a chair. And it certainly helped wake me up.
Good thing, because I needed to have my wits about me, as coming up was a double feature of Pedro Almodovar and David Cronenberg.
Almodovar’s film, “The Skin We Live In,” may be his best – and his most feverish – since “Talk to Her” in 2002. It’s a wild mix of style, surrealism, melodrama, Gothic horror and transgressive sexuality – and it reunites him with one of his great, early stars, Antonio Banderas.
What film lover could ask for anything more?
The story stars Banderas as a mad plastic surgeon who, years after his wife was horribly scarred in a car crash, conducts secret experiments at his sprawling estate. (By which point fans of classic horror are already thinking of “Eyes Without a Face” – the elegant 1960 French film released in a butchered version in America as “The Horror Chamber of Dr. Faustus.”)
But there’s more to this mix – including a dose of Italian master Mario Bava, a bit of Hitchcock’s “Vertigo” and touches of fine art, including visual quotes from artists as disparate as Louise Bourgeois and Goya.
And then, as the story deepens (and sickens) there’s that elusive, illusive touch that makes it pure Almodovar – the fascination with twin narratives and mirrored characters, the devotion to strong woman and admiration of female survival, the truly subversive approach to sex, gender and love.
Before the summer started, I saw Banderas at a preview party for the upcoming “Puss in Boots” and asked him about the Almodovar project. He smiled wickedly. “We’re going to mess with a lot of people’s minds,” he said. 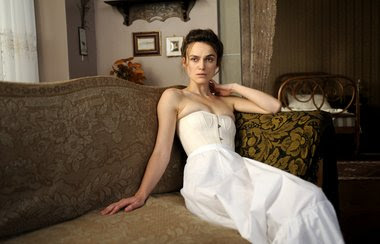 (SONY PICTURES CLASSICS)Keira Knightley is both patient and therapist in "A Dangerous Method"
He was absolutely right. So consider yourself warned – or, depending on your taste, about to be delighted.
Oddly, Cronenberg’s “A Dangerous Method” didn’t mess with my mind at all – despite its subject (abnormal psychology) and its director (whose films, from “Videodrome” through the original “Crash,” remain some of our era’s most disturbing).
And that was disappointing, especially when you consider we’re dealing with medicine and science (never shown to great advantage in Cronenberg films) and have Viggo Mortensen on hand (who burned his way through the director’s “Eastern Promises” and “A History of Violence”).
Yet Cronenberg’s subject – the split between Sigmund Freud and Carl Jung, and the influential theories of patient-turned-psychiatrist Sabine Spielrein – never becomes truly involving. And Cronenberg’s style – deep-focus, rigidly composed shots of people talking and riding around in carriages – has a “Masterpiece Theatre” fustiness.
Mortensen is surprisingly good as Freud, and Michael Fassbender is decent as Jung (it’s not his fault that, in glasses and little moustache, he looks like a Michael Palin character from “Monty Python”). And Keira Knightley shows a nearly pornographic abandon in her bedroom scenes as Spielrein (although in the rest of the film she simply goes too quickly from raving lunatic to merely troubled neurotic).
But despite all the frank sex talk and naughty bedroom play, the whole thing seems weirdly tame.
Yes, it’s got lovely period details, and some great acting (Vincent Cassell has a wicked turn as a purely guiltless satyr). The story proceeds in neat, chronological order and even ends with a few title cards, to let us know what happened to whom. It’s possibly the most accessible movie David Cronenberg’s made in years.
But I don’t want him to be accessible. I want him to be daring. And more than 30 years into his career, Almodovar still is.

Email ThisBlogThis!Share to TwitterShare to FacebookShare to Pinterest
Labels: Antonio Banderas, Keira Knightley, The skin I live in