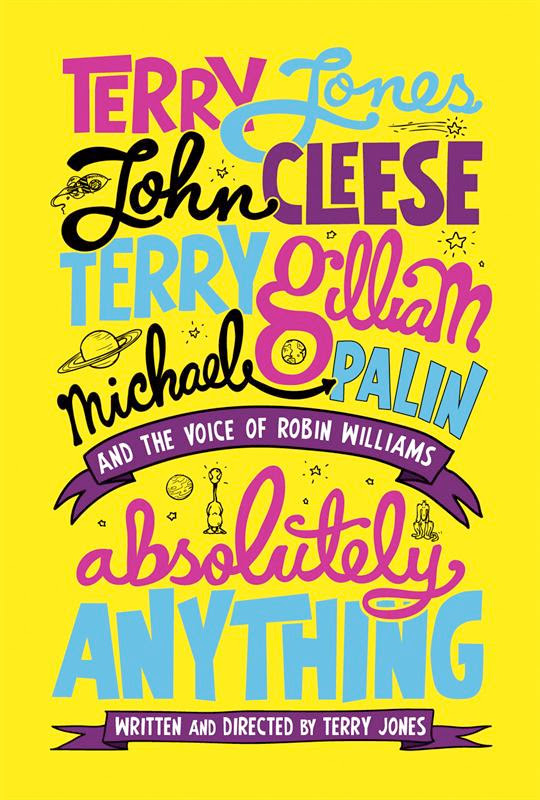 As the poster lists, Absolutely Anything stars Terry Jones, John Cleese, Terry Gilliam, Michael Palin (all part of the original Monty Python) and Robin Williams as the voice of a talking dog. The sci-fi comedy is "not a Monty Python picture, but it certainly has that sensibility." The Pythons are voicing key roles as a group of aliens who endow an earthling (Benedict Cumberbatch) with the power to do "absolutely anything" to see what a mess he'll make of things — which is precisely what happens. There's also a talking dog named Dennis who seems to understand more about the mayhem that ensues than anyone else does. In addition to Cumberbatch, the cast includes Gemma Arterton in a key role. We're not sure of any set release plans yet.

Posted by Karen V. Wasylowski at 9:37 AM