Period crime drama Ripper Street, axed by the BBC, will be returning for a third series on Amazon's video-on-demand service.

Amazon confirmed on Wednesday that filming on the third series will begin in May and be exclusive to subscribers to Prime Instant Video, formerly its LoveFilm VoD service, but will be aired a few months later on BBC1.

As part of the deal the first and second series are now available to Prime Instant Video subscribers.

The deal between Amazon and Ripper Street producer Tiger Aspect marks a significant moment for the UK TV industry – the first time a VoD operator has stepped in to fund a drama series after it was dropped by a major broadcaster.

Ripper Street, starring Matthew MacFadyen and Jerome Flynn, was dropped by the BBC last year. The reason given by the corporation was it "didn't bring the audience we hoped".

Tiger Aspect confirmed in December that it was in talks about alternative funding for the show, with Amazon tipped as being most likely to step in.

Confirming the return of the notorious H Division police precinct, set in Victorian Whitechapel, the head of Amazon Instant Video international content acquisition Jason Ropell said: "We're delighted to have secured not only the highly popular first two seasons of Ripper Street for our Prime Instant Video customers but we can also confirm today that we will be making season three, news that we know will delight the millions of fans of this brilliant British drama." 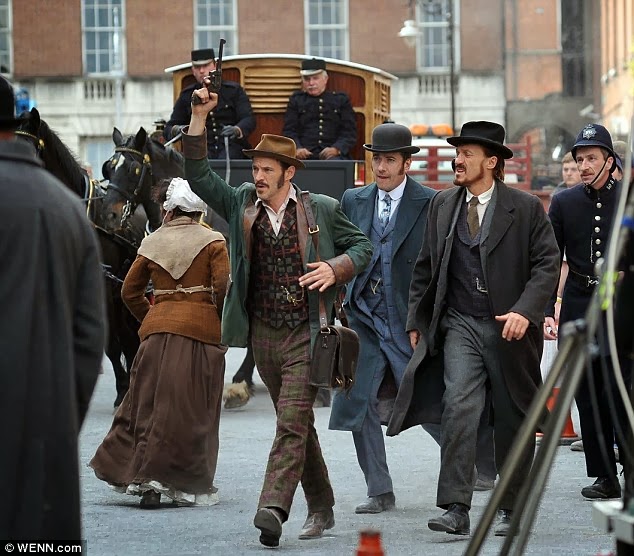 The US online retail giant announced earlier in February that it was rebranding its UK VoD service, LoveFilm, as Prime Instant Video.

The BBC will continue to put an unspecified amount of money into the show but as Ropell said "we've become the commissioning broadcaster" and Amazon Prime Instant Video customers will see the new episodes first.

Although Tiger Aspect head of drama Will Gould said the show will be delivered to Amazon by late autumn, no transmission date has yet been set, nor has it been decided if they will be available at once - as on-demand rival Netflix does for subscribers of its hits such as House of Cards.

Actress Myanna Buring, who plays Long Sally in Ripper Street, said the deal with Amazon was a "first for a British television shomyw" and reflected the way more consumers view content, while Simon Vaughan from co-producers Lookout Point said it marked a "new paradigm" in the UK content production business.

Vaughan said it would be "business as usual" for the third series, with the same cast, same eight episodes and no sanitisation of the sometimes grisly violence.