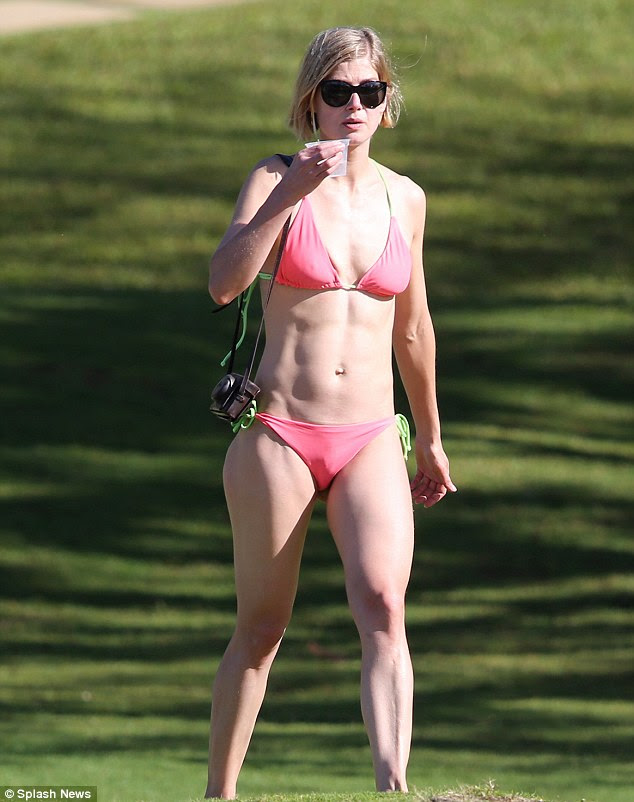 She’s braced for a return to the big screen in Ben Affleck’s cinematic adaptation of Gone Girl, the bestselling 2012 thriller by Gillian Flynn. 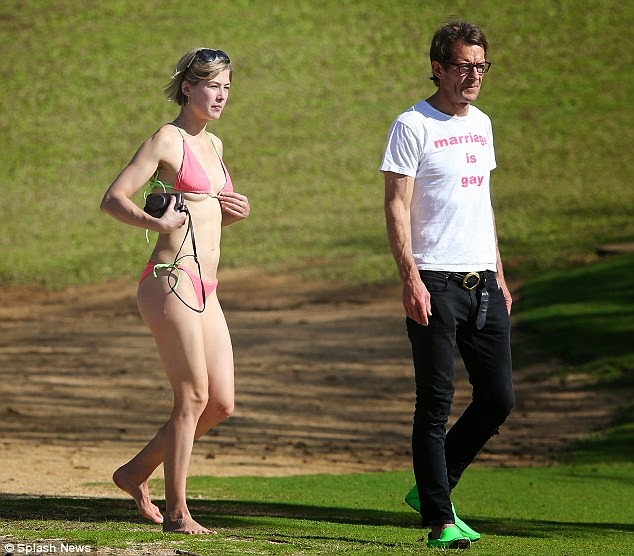 Stepping out in Hawaii this week, the only thing that appeared to be gone were Rosamund Pike’s clothes as she showed off a set of nicely sculpted abs. 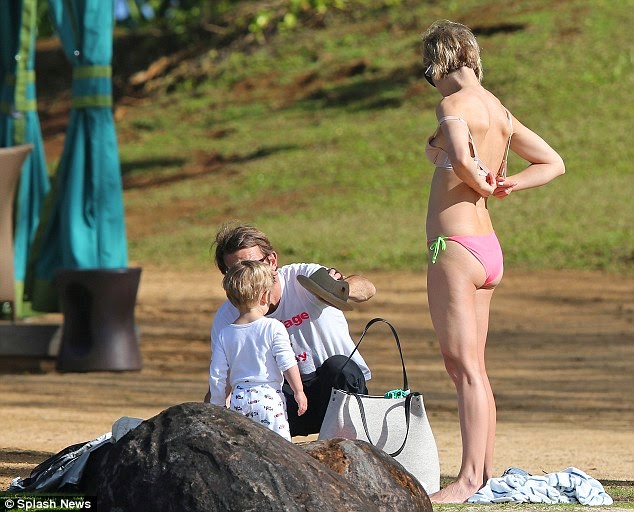 The 35-year-old actress – a former Bond girl – has looked increasingly toned of late, and her recent outing in Southern California revealed the fruits of her healthy lifestyle as she padded across the sand in a pastel pink bikini.

Idling on the sand, the couple doted over their son, with Robie placing a hat on his head as Rosamund looked on. 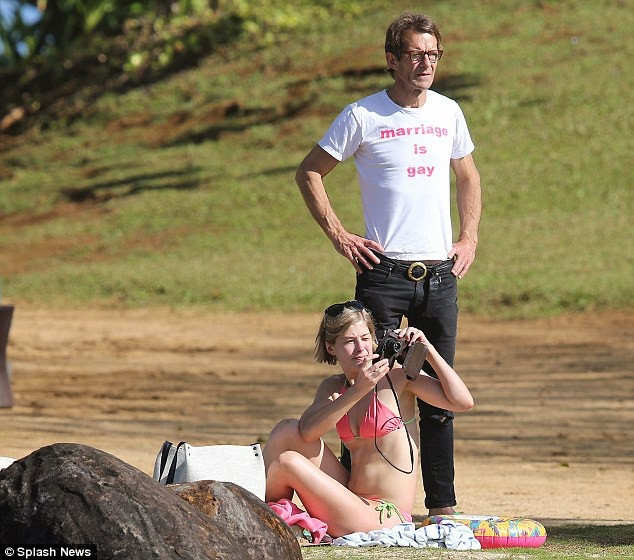 The actress started dating the businessman, a twice married father of four, in December 2009, three years before announcing her pregnancy.

Eton educated Uniacke, a former heroin addict, was previously married to Emma Howard, 59, daughter of the late Earl of Carlisle with whom he has a son also called Robie.

The marriage ended unhappily and both checked into rehab clinics to deal with their addictions.
His second wife, Rose Batstone, is an interior designer with whom he has three children.