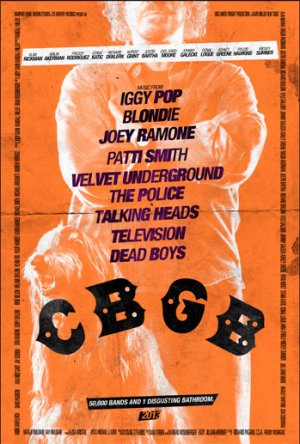 Alan Rickman is a man with a punk plan in the latest poster for CBGB, which is exclusive to The Hollywood Reporter.

The actor plays CBGB owner Hilly Kristal, who in the late 1970s wanted to create a venue for country, bluegrass and blues music. When those acts became difficult to book, he shifted the club's focus to booking local groups.

CBGB closed in 2008, but not before launching the careers of Patti Smith, Blondie, Talking Heads and the Ramones, as well as helping define New York's punk scene.