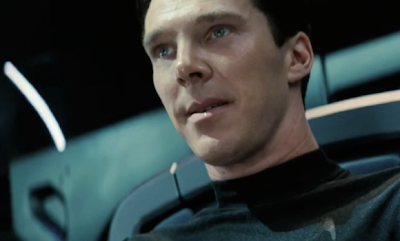 If there's one thing all the Star Trek alumni agree upon, it is how much they admire the new villain for Into Darkness, Benedict Cumberbatch.

Speaking before the film's premiere in Sydney on Tuesday, director JJ Abrams was full of praise for the British actor, known widely as the star of the BBC TV series Sherlock.

"We needed someone who was going to be able to really scare you and at the same time not overdo it," said Abrams. 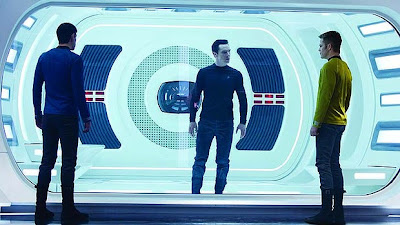 "It required, honestly, a great actor who was going to elevate whatever material we gave him."

Abrams says having such a brilliant actor on set effected the rest of the cast.

"You could feel everyone kind of have to kind of straighten their backs a little when he was around."

Cumberbatch has been brought into the Star Trek fold to play rogue Starfleet insider John Harrison.

He's a figure of mystery who is shown early in the film manipulating another Starfleet officer into destroying one of its offices.

Zachary Quinto, who returns as Mr Spock in the sequel, says Harrison is a formidable foe.

"He's no Scaramouche, he is something to be seriously dealt with and he plays it so beautifully too," Quinto says.

That's a view echoed by Kiwi actor Karl Urban, reprising his role of Dr Leonard "Bones" McCoy in Into Darkness.

Urban says there is nothing of the two-dimensional villain in Cumberbatch's "extraordinarily gifted" performance.

"While you don't agree with his methods, you can empathise with why he's doing it and that is always very scary in a villain," Urban says.