A decade ago, Baz Luhrmann booked himself on to the Trans-Siberian Railway.

After the phenomenal success of Moulin Rouge! he needed time alone to ‘decompress’.

‘I had to climb down from the energy involved in promoting the film, so I thought I’d tick one thing off my bucket list,’ says the 50-year-old Australian director.

‘I had this romantic idea of sitting on a train and watching the birch trees of Siberia flickering by.’

Luhrmann packed a couple of bottles of Australian red and an iPod containing an audio book of The Great Gatsby. 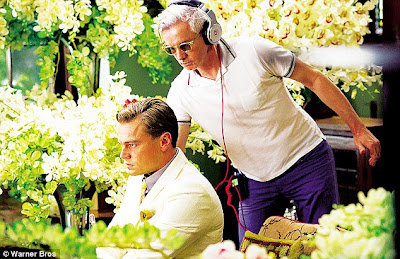 ‘I was sitting in this little tin box pouring red wine and listening to Fitzgerald’s masterpiece,’ he recalls.

‘When I reached the end, I had such a feeling of loss. It was one of the best and most moving experiences of my life. I knew I had to adapt it into a film.’

Fitzgerald’s tragic tale of the love between Jay Gatsby and Daisy Buchanan is set in the Roaring Twenties, a period of excessive wealth, glitz and glamour.

Gatsby is a slickly confident millionaire and host of lavish parties at his opulent Long Island mansion.

But he’s not what he seems. All we know for certain is that his real name is James Gatz and that he’s a self-made man; quite possibly a conman. The one absolute and enduring truth in his life is his love for Daisy. 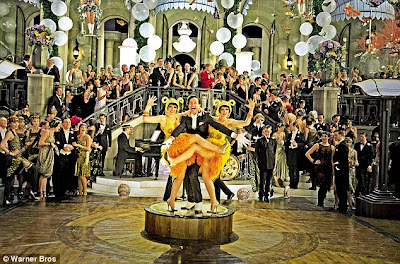 The Great Gatsby anticipated the Wall Street Crash of 1929 by predicting that Gatsby’s parties couldn’t go on forever.

The champagne had to stop flowing. The bubble had to burst. Luhrmann is adamant that Fitzgerald’s novel is as relevant now as it’s ever been.

‘In that moment before the financial  crisis of 2008, I remember thinking that something wasn’t quite right.

The greed and wealth were very reminiscent of The Great Gatsby. I thought, “The time is right to make this film.”’

Five years on and The Great Gatsby is opening next month’s Cannes Film Festival.