It's only been a few weeks since the US version of The Office aired its final episode.

But the sitcom's favourite couple Pam and Jim Halpert had a little reunion in New York on Tuesday night.

John and Emily appeared to be enjoying the cultured evening out as they leisurely strolled to the Lucille Lortel Theatre in the hip neighbourhood of Greenwich Village. 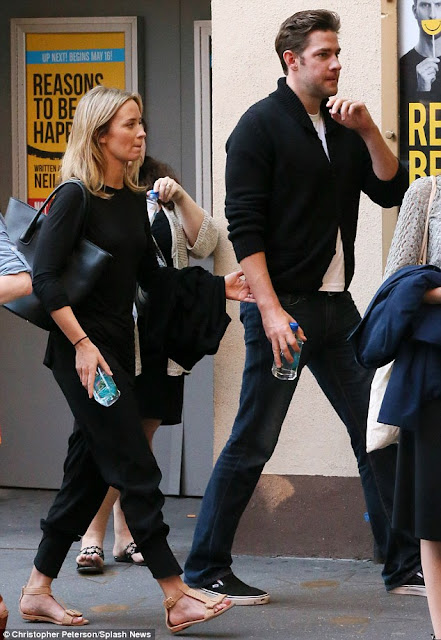 Despite being married since July 2010, the pair looked like newlyweds as they doted on each other while showing their support for Jenna, 39.

Reasons To Be Happy showcases a dramatic turn in the television sitcom actress' career as she tackles the often challenging material concocted by Tony Award nominated playwright LaBute. 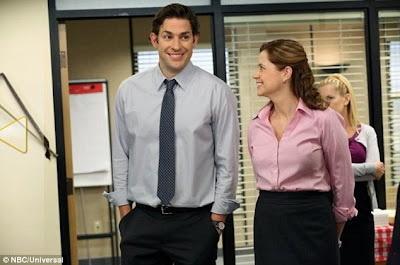 According to MCC theatre, who is producing the satiric drama: 'Reasons to Be Happy is a funny, surprising, and poignant new play about the choices and sacrifices we are willing to make in the pursuit of that often elusive ideal: happiness.'

The Off-Broadway production began previews in mid May and will officially open on June 11.