Gerard Butler had the holiday from hell in the Himalayas (CanIndia) 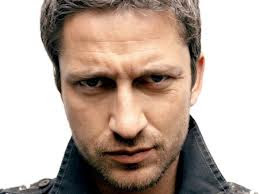 Gerard Butler has revealed he had the worst trip of his life to the Himalayas. The Olympus Has Fallenactor loves globe-trotting in between breaks from his film career, although contracting severe food-poisoning on a camping trip in the mountain range nearly put him off travelling for life.

He recalled: “We went up into the Himalayas and I drank water from the Ganges River. We hiked up to the top of this mountain and I got sick – and I mean sick. I ended up getting sick for a month.

“The water looks fresh up there but what I didn’t realise is that, upstream, there’s villagers pissing and s****ing in it. We camped on top of the mountain … I’m up all night s****ing and throwing up, with a massive Himalayan thunderstorm going on. It felt like the whole world was exploding.

“Finally the next morning they had to bring me down on a donkey, and in the heat and the smell, I had to get off and walk. It was the most awful experience.”

The poor star has become hardened to unpleasant situations when travelling thanks to his pet pooch Lolita because the cute pug – who he bought on a whim in a pet store – isn’t properly toilet trained.