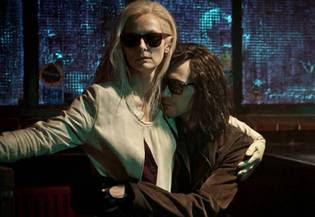 The all-star Competition lineup for next month's Cannes Film Festival just got a little starrier. And sexier. "Only Lovers Left Alive," a vampire romance from veteran independent filmmaker Jim Jarmusch, was one of the more surprising omissions when the Official Selection was unveiled last week: Jarmusch has a long history with Cannes, after all, and the film was widely assumed to be ready in time. What was the problem?

Nothing, as it turns out. Cannes usually adds one or two films to the lineup in the weeks following the initial announcement, and so "Only Lovers Left Alive" is this year's fashionably late arrival to the Competition, brining the number of Palme d'Or contenders to a nice round 20. And we mean fashionable: with a cast led by Tilda Swinton and Tom Hiddleston, this arthouse addition to the post-"Twilight" vampire craze looks to be one of the festival's hottest red-carpet attractions