James McAvoy: At the Movies: ‘Trance’ is Eye-catching 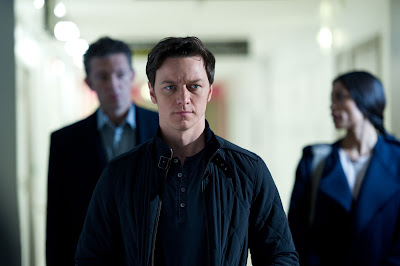 We’ve had a few films already this year with surprising plot twists like Side Effects, Stoker and The Place Beyond the Pines, and Trance follows suit effectively. Boyle’s fast-paced, flashy style and Rick Smith’s score fit Joe Ahearne and John Hodge’s script memorably and intriguingly. McAvoy proves that he is capable of playing nice guys and bad guys, while Dawson carries the film just fine as one of 2013’s smartest characters thus far. What Inception did for dreams on screen, Trance does for memories.