Richard Armitage and The Hobbit: "It’s mind blowing the things we did" (THE VINE) by ALICE TYNAN 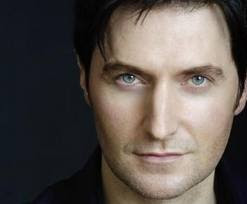 Richard Armitage has travelled there and back again to promote Peter Jackson’s epic, three-part adaptation of The Hobbit. But far from flagging after the world press tour, the British actor – beloved on the BBC for his turn in Spooks, as well as for playing Guy of Gisborne in Robin Hood – has doubled down to help spruik the DVD release.

Indeed, Armitage speaks about his character – exiled dwarf king Thorin Oakenshield – with the vim and verve of a lifelong Tolkien fan. And a bookish one at that, as the actor delves into his love of research, and the copious notes he writes for himself; notes that extend to the nuclear bombing of Hiroshima. No wonder he hasn’t tired of talking about Thorin! In fact, he’s itching to say more, but we’ll have to wait for the next two installments of The Hobbit.

And in the meantime, unsurprisingly, he’d like you to go and read the book.

Ed. Note: During our chat with Richard, the charming fellow was delighted to hear that some of his fans had sent through some questions on Twitter. Unrestrained by 140 characters, we'll publish our impromptu Twitter Q&A with fans tomorrow. So welcome back to Sydney! Will you organise a Star Wars reunion while you’re here?

God I don’t know. They shot one of the Star Wars [films] here didn’t they? I think there would be about a million people at that reunion.

But hang on, didn’t you have an uncredited role on The Phantom Menace?

I did. I did. I did two weeks on [The Phantom Menace] and I still can’t find myself in the film. I’ve hunted, [but] I think I ended up as a computer graphic.

I know. But yeah I’d like to come and work here.

The last time we chatted was on the 500 meter long red carpet in Wellington for the world premiere of The Hobbit.

Oh you were on the red carpet as well? Awesome! Were you in a big long dress?

I was fortunately not in a big long dress. I would have melted!

So how has the world changed for you since that auspicious day?

Well it hasn’t really, which is great. There’s been a great response to the film, [but] what’s been really interesting is [Wellington] was the first leg of our press tour. And then going out to Tokyo and all of the other great places – we went to New York, London – just seeing the reception from the fans and seeing the excitement, and realising that it’s the beginning of a three year tour really, for the three films. It’s such a great global reach. It’s one of fifteen films to make a billion [dollars] at the box office, and for me it’s not about the dollar sign in front of it, it’s about how many people have gone to see it, and how many languages it’s been translated into. Which is to me exciting because that book [The Hobbit] was translated into as many languages. And I hope people go and pick up the book after seeing the film. I really do.