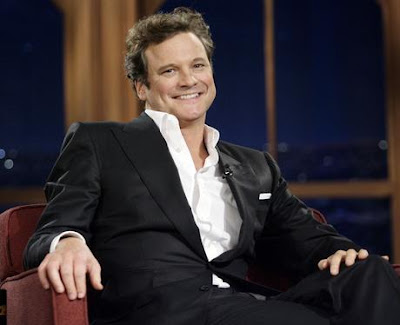 The Woodmeister returned to his native U.S. shores to shoot Blue Jasmine, which is a comedy about a New York housewife (Oscar-winner Cate Blanchett) who must deal with “the final stages of an acute crisis.” Per usual for a Woody Allen project, the cast includes big names like Alec Baldwin and comedians Andrew Dice Clay and Louis C.K., in addition to such credible supporting talent as Michael Stuhlbarg (Boardwalk Empire), Peter Sarsgaard (Lovelace) and Sally Hawkins (Godzilla).

Deadline is reporting that Allen has plans to resume his European “tour” after Blue Jasmine, by filming his latest original script in the South of France. Firth has yet to finalize the deal, but Allen’s quick-and-easy production approach will make it easier for the King’s Speech actor to work things out; that is, both fit Allen’s movie into his schedule and remain committed to Vaughn’s Secret Service movie (which is due to open in theaters during November 2014).

Firth is a natural match for the Allen-verse; in fact, he’s already played the kind of smart, but dysfunctional – and hopeless when it comes to relationships – creative type which appear throughout Allen’s filmography (see: Firth’s character in Love, Actually). Of course, the award-winner Firth also knows how to play the square and dignified archetype for laughs as well (see: Bridget Jones’s Diary), in case that’s the sort of character that Allen’s hiring Firth to tackle here.

Posted by Karen V. Wasylowski at 8:55 AM