Gerard Butler: Madalina Ghenea “is the most beautiful girl I’ve ever seen” in Hollywoodby Julia (IN RUMOR) 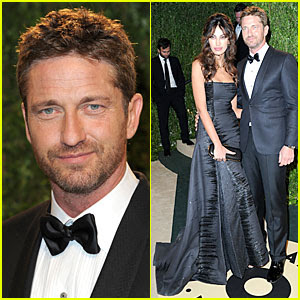 Invited in March to Howard Stern’s radio show, Gerard Butler talked about the relationship with Madalina Ghenea, about whom he had only words of praise.

As Stern called her a ‘model’, Gerard corrected him, saying she is an actress, and referring to her latest film starring Jude Law.

Asked by the host, who was also extremely impressed with Madalina’s physique, if he is in love with her, the actor replied he was ‘in deep like.’

To which Stern said: ‘You are in love.’

Stern then showed a photo of Madalina and the Scottish actor said: ‘She is the most beautiful girl I’ve ever seen.’

why is old news from unreliable Romanian tabloids being posted at a reputable site like this?

Besides, who said this site was reputable