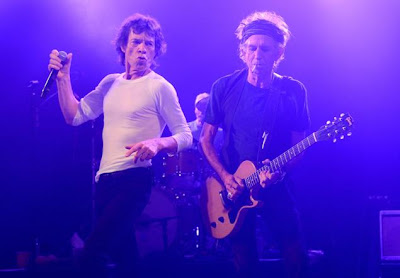 Mick Jagger (l.) and Keith Richards of The Rolling Stones will kick off their North American tour at L.A.'s Staples Center Friday night.

Wild horses couldn't drag many of the most die-hard of Rolling Stones fans to the kick-off of the band's North American tour - at least not at prices of up to a whopping $600 a ticket.

Three weeks after tickets went on sale, and a day before the British band take the stage on Friday, the Los Angeles Staples Center was far from sold out for the "50 and Counting" gig.

Secondary ticket sellers StubHub had more than 500 tickets available 24 hours before the May 3 show, Good Seat tickets said they were slashing re-sale prices by 40 percent, and Epic Nation rolled out a 10 percent discount code.

The veteran rock band announced on their official website this week that they were releasing an additional number of tickets at a modest $85, the only price point that quickly sold out for the May 3 concert.

According to the website, some of the $85 seats will be among the best seats in house in the "Tongue Pit," with others spread around the arena. Buyers will be notified of their seat location on the day of the show.

Concert promoters AEG denied they were cutting prices, saying tickets once thought to have an obstructed view had come to light after the tongue and lip shaped stage was set up.

"Seeing (the stage) in this setting for the first time, we were able to determine that seats previously thought to have obstructed views were in fact unobstructed and could immediately be offered to fans for $85 each," AEG said in a statement.

On Thursday, seats at prices ranging from $250 to $600 were still available, according to the AXS website operated by AEG, which owns the Staples Center arena that seats about 19,000 people.