"Game of Thrones" shocks with the Red Wedding (SPOILERS!!!) (CBS)

"Game of Thrones" fans watched in horror as last night's episode brought one of the most shocking twists the series has seen so far.

The episode is titled "The Rains of Castamere," but the part everyone is talking about is the Red Wedding.

Let's run through what happened in this pivotal plotline (Spoilers, of course, are ahead, so stop reading if you haven't watched):

Robb Stark and his mother Catelyn are at the Twins for the wedding of his uncle Edmure Tully to one of the daughters of Walder Frey. This marriage is a consolation prize of sorts -- Robb was supposed to marry one of Lord Frey's daughters, but broke his word and married Talisa instead. 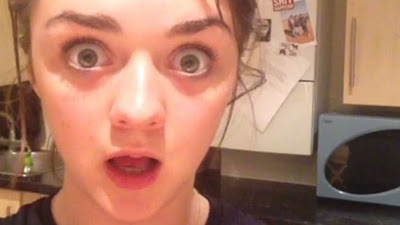 The wedding itself went off without a hitch, and everything seemed fine when the bride and groom were whisked off for their bedding ceremony. Then, the doors to the hall close, the musicians begin playing the Lannister anthem "The Rains of Castamere" and the bloodbath begins.

First to die is Robb Stark's pregnant wife, who is stabbed in the stomach repeatedly. Then a bevy of crossbow-bearing men appear in the balconies and begin firing on everyone below, including Robb and his mother.

In a desperate attempt to save her son, Catelyn grabs Frey's wife and threatens to kill her throat.