The first photograph of Bonham Carter as Taylor and British actor Dominic West as Burton was released by BBC on Wednesday, ahead of the premiere of “Burton and Taylor” on BBC America in fall this year. 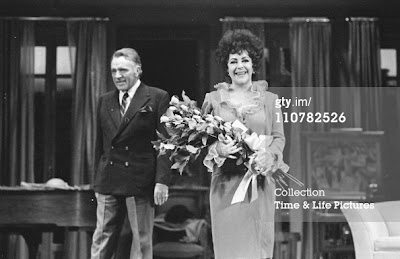 The film’s central focus will be on Taylor and Burton’s appearance as co-stars in a 1983 Broadway revival of Noel Coward’s 1930 risque comedy play “Private Lives.”      In the play, which brought Taylor and Burton together seven years after their second divorce from each other, the former couple portrayed a man and woman having an affair while married to other people.

Taylor, who died from heart failure in 2011 aged 79, became one of the most recognisable Hollywood actresses in the 1950s, famed for her beauty and violet eyes. She was married eight times, twice to Burton.

Posted by Karen V. Wasylowski at 8:47 AM