Henry Cavill to star in The Man From Uncle, with Armie Hammer (USA TODAY) Bryan Alexande 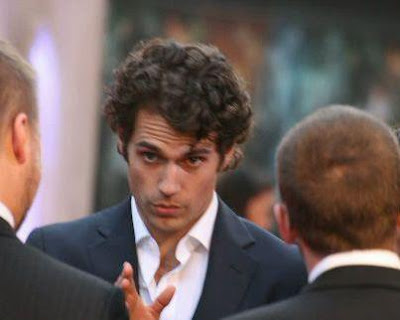 The actor does not buy into a Superman curse ("If anything bad happens to me, it's not because Superman made it happen"). Nor does he fear being stereotyped in the role — a fate that has befallen other actors.

"There is always that risk. But it's a risk I'm glad to take," he says. "The way to break out of that is to do a different role."

To that end, Cavill just signed on to star as a spy in Guy Ritchie's adaptation of The Man From U.N.C.L.E., replacing Tom Cruise, who is no longer associated with the project. He is tight-lipped about his Napoleon Solo role except to say he'll be alongside The Lone Ranger star Armie Hammer, who will play Illya Kuryakin.

"Things are full-steam ahead. It's all very early days. But it's gonna happen," Cavill says before pausing. "Well, this is Hollywood. It's supposed to happen."

He might be understandably cautious, given his history. But Cavill knows he's one Hollywood success story that has taken off after a few scrubbed launches.

"It's like, wow, I've been in this biz for 13 years and worked really hard. I've suffered a lot. And I've put my all into everything I do. And it's so nice to have it come back in such a beautiful way."

As he exits the restaurant, Cavill makes it clear that he plans to repay the kindness.

"I'm going to go fly around a bit," he says as he walks away. "Maybe save some lives."