Reports confirm that Keira Knightley is set to star opposite Benedict Cumberbatch in director Morten Tyldum’s (Headhunters) The Imitation Game.

With Cumberbatch in the lead role, Knightley would play “a woman from a very conservative background who not only forms a complicated relationship with Turing but is there for him until the end,” according to THR. 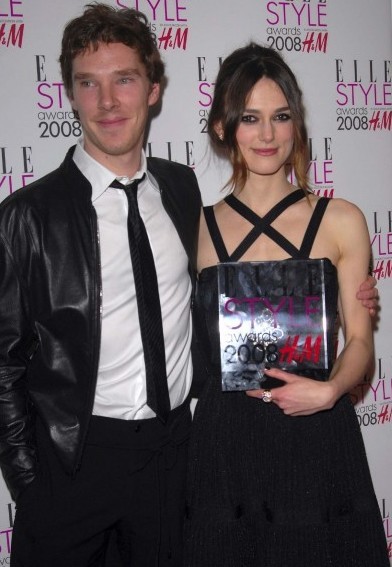 Deadline adds “This is the 2011 Black List script that originally got set at Warner Bros with Leonardo DiCaprio expected to star. In what seems shocking today, the hero was forced to make a radical choice, and he chose chemical castration over prison. He was so demoralized that he eventually committed suicide by eating a cyanide-laced apple. Black Bear is fully financing.”

The story centers on a brilliant British mathematician and cryptographer Alan Turing, and his breaking of the German enigma code at the end of World War II, his prosecution by his own government for being a homosexual and his resulting suicide.

READ MORE: http://www.theglobaldispatch.com/keira-knightley-set-to-star-with-benedict-cumberbatch-in-the-imitation-game-27322/
Posted by Karen V. Wasylowski at 11:54 AM