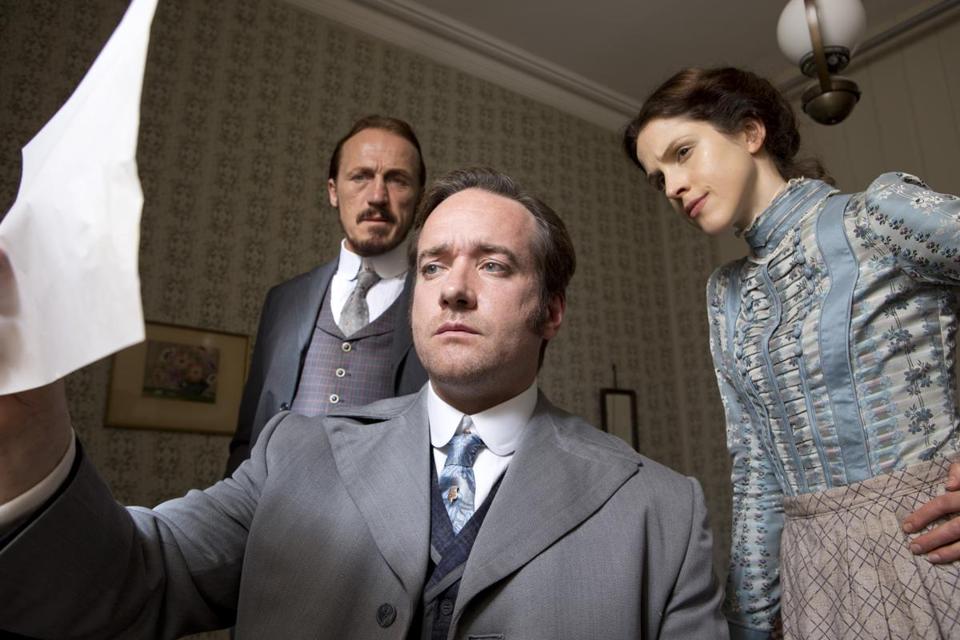 Often, when the chosen pair of actors read out the Emmy nominations in July, they sound like they’re reciting a familiar poem. These days, that poem goes something like this:

The names and titles seem to automatically move into place on the list, then dance their way over to the Golden Globes for another refrain.

Many of those givens – Jon Hamm, Tina Fey, Maggie Smith, Aaron Paul – are quite deserving. Withhold my “Breaking Bad” and Laura Dern and I’ll screech and scratch; ditto “Mad Men,” and “Louie.” But now is the time for a few alternative suggestions, a few jumps in the too-regular metrical flow. The year-long Emmy eligibility period ended on May 31 and voters will be selecting nominees from June 10-28. The Oscars have their counterpart for lesser-known movies, the Independent Spirit Awards. What lesser-known TV names and titles also deserve recognition?

I’m a little nuts to hope that “Vikings” will win any significant Emmy love. The drama on History drew plenty of viewers, but it was not a “buzz” series, like “Girls,” which got nominations after its first season. But “Vikings” was a transporting period epic that dug into some rich material regarding primitive religious attitudes and social mores, while delivering vibrant action sequences and striking political and family drama. It was Emmy-worthy, as was its lead actor. I was really heartened to see that Travis Fimmel, a one-time Calvin Klein model who showed potential in “The Beast” with Patrick Swayze, has blossomed into a serious and compelling performer. As the rebellious Viking Ragnar Lothbrok, Fimmel held the center of the nine-episode series, with a pair of wild eyes and a smirk that spoke volumes.

The BBC America series “Ripper Street” had a lot going for it during its first season — a vivid late-19th century setting, early “CSI”-style forensics, and twisty cases of the week. And Matthew Macfadyen, as lead detective Edmund Reid, was its best virtue. Macfadyen, so memorable in PBS’s “Little Dorrit” and “Any Human Heart,” was commanding and morally sound in an atmosphere of East End chaos, and then he was emotionally damaged and secretive. In a world where Michael C. Hall is continually nominated for a role that has become stale, in “Dexter,” Macfadyen ought to be a sure bet.

READ THE ENTIRE ARTICLE HERE: http://www.bostonglobe.com/arts/television/2013/06/01/note-emmy-voters-keep-these-rising-stars-mind/AaBO5McQHbhnTELIyW1P7O/story.html
Posted by Karen V. Wasylowski at 9:50 AM