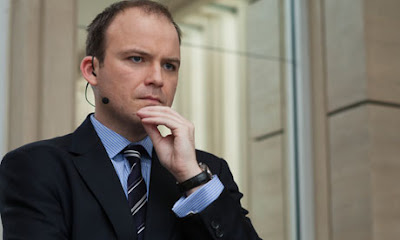 Rory Kinnear has been offered the coveted part of the Twelfth Doctor in the BBC's 50-year-old science-fiction drama series, it has been claimed.

early last week Radio Times claimed that an announcement concerning the casting of the new Doctor would be made soon. Then, on Friday, the BBC tried to quash rumours that they'd already chosen their man or woman.

However, the Sunday Telegraph claims today that "the role of the 12th Time Lord has been offered to Rory Kinnear". "He has been offered the part and [the BBC] are waiting to hear if he will accept," Mandrake asserts in the British broadsheet newspaper.

Kinnear is well known for his recurring role in the recent Daniel Craig James Bond movies, playing an MI6 officer, Bill Tanner. He first appeared as Tanner in Craig's second 007, Quantum of Solace, and returned in Skyfall.

Only last month, and before the BBC announced that Smith was to leave Doctor Who, Kinnear himself denied that he was being lined up to play the Doctor, saying he'd never even watched the show, and that, “I think I’m being used as a decoy on that front ... It’s the first I’ve heard!”


Read more: http://www.digitaljournal.com/article/351853#ixzz2ViwtXnF0
Posted by Karen V. Wasylowski at 9:09 AM