Tom Hardy to star in The Outsider (SKY NEWS)

Hardy is set to star as an American soldier in 'The Outsider', which will mark the English-language debut of Japanese director Takashi Miike.

The 35-year-old actor - who received the BAFTA Rising Star Award for his role in 'Inception' in 2010 - is rumoured to play an American soldier in the upcoming film, set in post-World War II Japan and following an American expatriate who becomes a Yakuza enforcer (gangster), according to Deadline.com 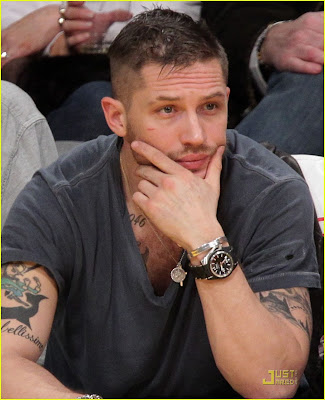 The epic film - which was originally being developed by Warner Bros. - will mark the English-language debut of Japanese director Takashi Miike and will be based on an original idea by John Linson.

The Andrew Baldwin script was passed over to Silver Pictures last November and is being independently funded. Filming is expected to kick off early next year in Japan.

Posted by Karen V. Wasylowski at 9:20 AM