Even though he wasn’t at the awards – accepting the honour from 24 star Keifer Sutherland via video link – Cumberbatch certainly had an impact on the crowd. Mainly because he was rocking a red board short and suit combo. 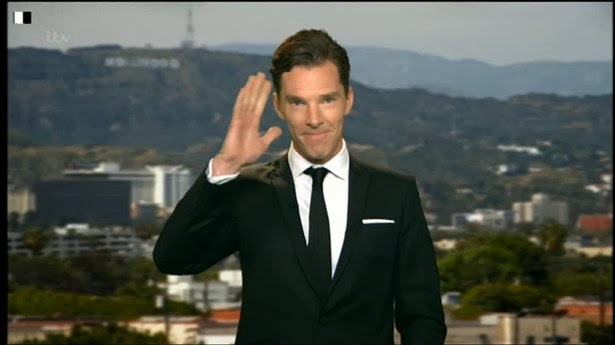 While the star of the detective drama was giving a rather lovely speech, during which he thanked the fans profusely and admitted he was getting “quite nervous”, the camera dropped to reveal his bright red swim shorts.