This was the year that British actors took over Broadway and showed just how good they are. In addition to being thrillingly talented, they performed shows in repertory—which could be seen as showing off.

Americans responded with one brilliant take on a classic, and a host of clever and quirky shows that proved creativity in theater hasn’t been lost. At least twice this number were worth seeing, but here are my ten favorites of the year.


10. Jeeves and Bertie In Perfect Nonsense

Three esteemed actors trained at the Royal Academy of Dramatic Arts in London pop into a slapstick play based on the beloved novels of P.G. Wodehouse and have a grand old time. Serious Shakespearean star Matthew Macfadyen plays Jeeves and cross-dresses as a female love interest, and Stephen Mangan is Wooster, in on the joke as he takes a bubble-bath on stage. Now drawing sell-out crowds on London’s West End, the English humor would delight on Broadway, and here’s hoping the producers bring it across the pond. We do love our Brits. Playwright Terrence Rattigan was dismissed as old-school decades ago, but the wonderful revival of this 1946 play should make him as sought-after as mid-century designer furniture. In this classic drawing-room drama, Arthur Winslow (Roger Rees) is a father who goes to extreme measures after his young son (Spencer Davis Milford) is thrown out of a naval academy for a petty offense. The virtue of fighting for the truth at any cost is front and center, but in this terrifically acted and directed production, the characters register as real people who care about love and family as well as ideals. 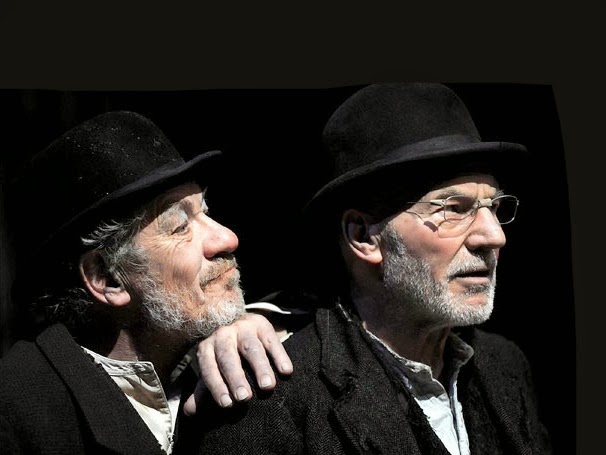 Patrick Stewart and Ian McKellen enthrall as two old writers who (possibly) knew each other at Oxford and try to drown the pains of the present with tales of a happily philandering past. Though the play is imbued with the despair of aging and impotence, these brilliant actors give unforgettably virile performances as men caught in a moment where they no longer matter. For those who recognize them only from movie blockbusters, the stars’ artistry with Pinter’s language is a revelation.  They appear in alternate performances in a wonderfully picaresque Waiting for Godot.