Michael Fassbender can be seen rehearsing an epic battle scene in new snaps from the set of a new Macbeth adaptation.

The British actor, currently lapping up plaudits for his supporting role in 12 Years A Slave, will play the titular role in the latest big-screen attempt at William Shakespeare's play, and soggy Farnham, Surrey, was the destination of choice today for the filming of one combat sequence. 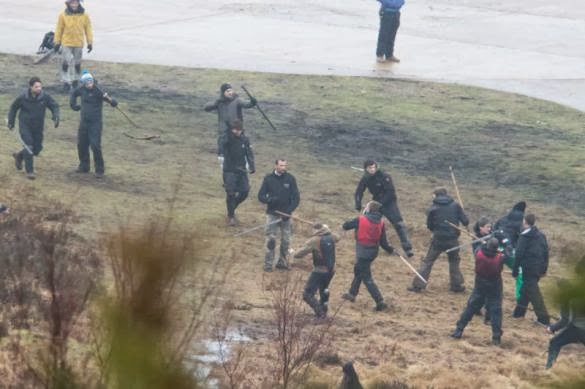 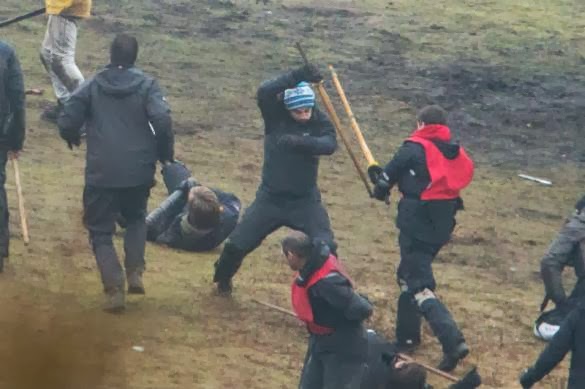 We're guessing the cameras weren't rolling at this particular moment - given that Michael was wrapped up warmly in waterproof gear and a baby blue bobble hat. Probably not the costume of choice for Macbeth; a fictional King of England.