High above Bridgetown, the capital of Barbados, is a range of hills known locally as the ‘Scotland District’ on account of its uncanny resemblance to the Highlands.

Here, roughly 45 minutes’ drive along a Tarmac road and then a dusty track, past endless acres of sugar cane swaying gently in the breeze, is a weather-beaten white stone archway announcing that you have arrived at the Cleland Plantation.

The owner, 66-year-old Stephen Tempro, has lived here since 1985, eking out a modest living from the small herds of cattle and goats that graze his 150-odd acres, along with a smattering of small fruit and vegetable plots. 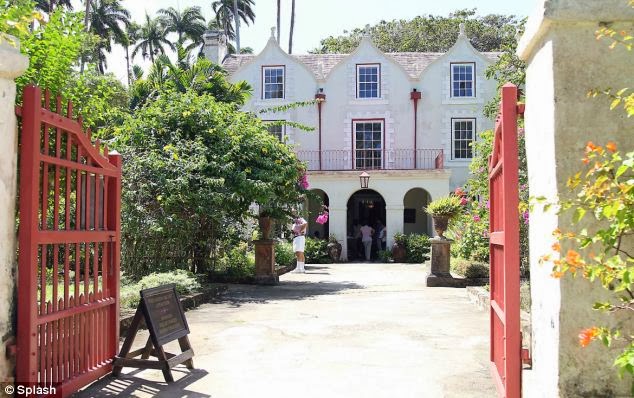 ‘I sometimes think about what went on here, and it brings a tear to my eye,’ says Mr Tempro. ‘Thinking of the struggles of the people who occupied the place can be very emotional.’

Intriguingly, almost every single one of the brutal slave masters who held sway here boasted the same, highly-distinctive surname: Cumberbatch.

In an irony which even a Hollywood screenwriter couldn’t make up, Benedict is currently treading red carpets in support of the Oscar campaign for 12 Years A Slave, the harrowing hit film which depicts the ugly reality of the slave trade. 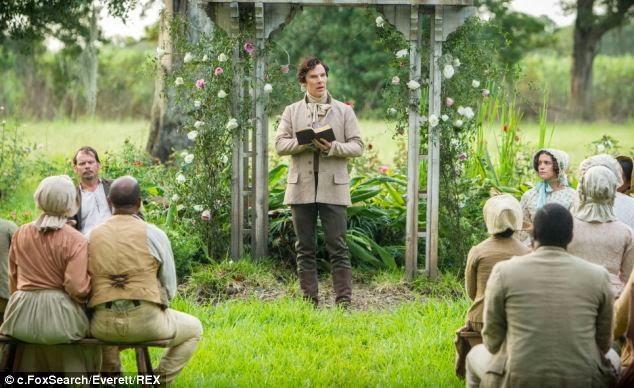 The plantation was purchased in 1728 by Abraham Cumberbatch, Benedict’s seventh-great-grandfather. It remained in the family until slavery was abolished in the 1830s, when  it was owned by Benedict’s great-great- great-grandfather, Abraham Parry Cumberbatch. Slavery built the Cumberbatch fortune, which at its height in the  mid-18th century made them one of Britain’s wealthiest families, owning  at least seven Barbados sugar plantations and a stately home near Taunton, Somerset.

Its proceeds, trickling down through generations, helped Benedict attend Harrow, the £33,000-a-year boarding school which has produced no fewer than seven British prime ministers.

Today, Cumberbatch, 37, is rightly horrified by his family’s dark history. 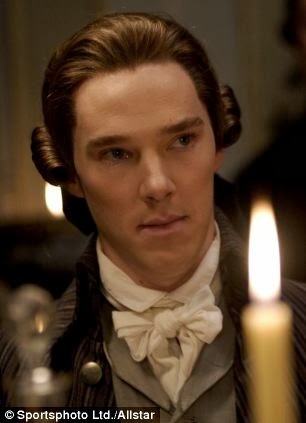 His role as a slave owner in the new film, as well as his part as William Pitt the Younger in Amazing Grace, a movie about slavery abolitionist William Wilberforce, attest to his sense of shame.

Indeed, he said at the time of making Amazing Grace that the role was a ‘sort of apology’ for his ancestry.

Cumberbatch has also revealed that his mother, the actress Wanda Ventham, had urged him not to use his real surname professionally, in case it made him a target for reparation claims by the descendants of slaves.

Yet every so often the subject rears its ugly head. This week, for example, New York’s newly-appointed transport commissioner, an African-American lawyer named Wanda Cumberbatch, was asked at a press conference about her distinctive surname.

She said that she and Benedict were ‘related, but not by blood,’ since her ancestors had taken the name of their former masters after being freed.

Delve rather deeper into the Cumberbatch family history, and you find an epic tale of greed, swashbuckling bravery, incredible luck and, at times, appalling cruelty.

At least one chapter also revolves around a darkly-intriguing sex scandal. For one of Benedict’s wealthy ancestors, a plantation owner called Lawrence Trent Cumberbatch, ended up fathering a child through an extra-marital affair with one of his female slaves.

This revelation — which we shall explore later — is particularly ironic given the plot of 12 Years A Slave, based on the memoir of Solomon Northup, a 19th-century black musician who was kidnapped and sold into slavery in the Deep South.

After all, much of the film details an abusive relationship between slave master Edwin Epps (played by Michael Fassbender) and a slave called Patsey (Lupita Nyong’o).