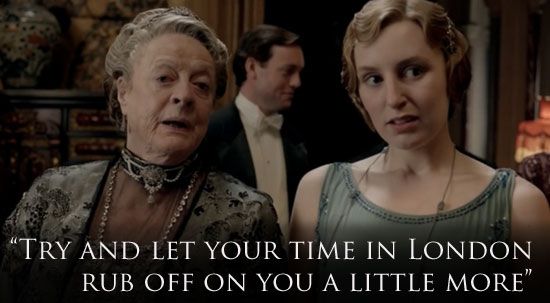 Without qualms, I can easily say Downton Abbey Season 4 Episode 6 was down the best hour of the season.

It's taken far too long to get here, but the stories are all across the board right now. We have happiness, and darkness, good decisions and bad - and, with so many different tales being told, the hour flew by.

There were four big stories that I think warrant attention and that's what I'm going to focus on. 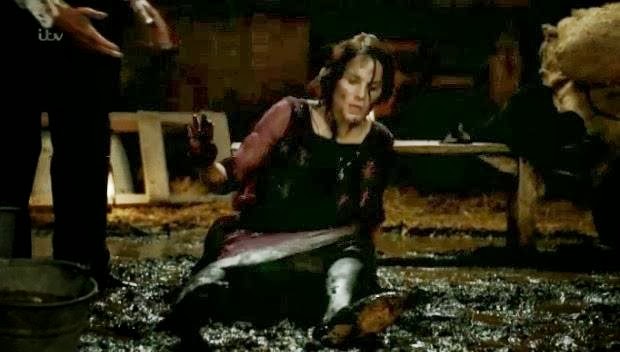 I daresay I finally found the Lady Mary I'd want to be friends with. Far more than she was even with Matthew, the Mary we saw with Mr. Blake was carefree and just shy of being self-sufficient. It turns out that she can do more than put herself to bed when Anna is away, she can make herself breakfast so she won't starve to death after she saves her pigs from dying of dehydration!

I've never been so proud of Mary as I was during those scenes. There wasn't a hint of shock or mild agitation at slopping through mud to take care of her livestock, only the reality that she had made a commitment to her farm and her animals and she needed to see it through.

That she didn't let on to anyone how much she really enjoyed her adventure with Blake was proof of just how much fun she had in his presence. The mud fight followed by eggs and wine was the best I'd ever seen Mary look and she was in the highest spirits. She had accomplished something she never imagined. She's a fully realized woman now. A woman who doesn't need someone like engaged Lord Gillingham pining after her like a puppy.

Edith took her trip to London to terminate her pregnancy, but not before she confided in her Aunt Rosamund. Rosamund came through with incredible resolve, concerned not for social standing and what others may think, but genuinely worried that Edith would make a decision she could live with. Edith's heart was breaking, again.

I am killing the wanted child of the man I am in love with and you're asking if I've thought about it?
Edith