When Atom Egoyan approached Academy Award-winner Colin Firth to play Ron Lax, the real-life private investigator who assisted lawyers defending three teenagers charged with a multiple child murder in West Memphis, Ark., in the 1990s, the director knew he was bringing the actor a peculiar challenge – playing a man who can’t make a difference. No matter how much doubt Lax raised about the guilt of Damien Echols, Jason Baldwin and Jessie Misskelley Jr., the machinery was in motion: Somebody had to be found guilty for a heinous crime. 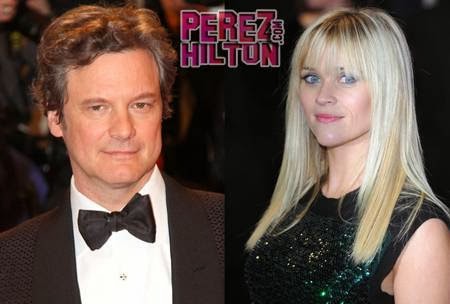 But Firth, who had worked with the renowned Toronto director on Where the Truth Lies, rose to the challenge, and agreed to appear in Devil’s Knot. At the Toronto International Film Festival last September, the actor talked about taking on one of the more counterintuitive assignments of his career.

The details of the case were new to you at the time; the West Memphis Three case is notorious in North America, but not in England. What was your initial reaction to it?

There was a conflicting double reaction. One of which was indignation and shock. Shock at the crime and the way everything was handled. But also a sense of it being all too familiar. This takes place in different forms everywhere, and the reasons for it are clear. It’s easy to make facile judgements of the people who mishandled it, but nevertheless the film does not make glib statements. You can really see how it happens.

And it doesn’t happen only in Arkansas.

There are equivalents in my own country, endlessly. When there’s a climate of fear, people look for answers and they want resolution, they want satisfaction, they want justice, they want to make sense of things. Then you get people whose job it is to provide that. Law enforcement and the judicial system, egged on by a media, which stokes up the temperature. You get a climate where people try to fast forward to some kind of understanding or resolution, which has not been acquired properly.

Not the best climate for due process.

What Atom has done is to let the questions breathe again. I think that’s the role of my character, who on the face of it doesn’t seem to achieve much. You want your detective to get his guy. That’s not what happens here. Ron’s the guy who says, ‘We cannot pretend these questions have been answered when they haven’t.