Is Downton Abbey’s Mr. Bates Going To Straight Up Murder Someone?

Downton Abbey has typically been more on the mark when it has had a unifying thread to bring people together, as happened when WWI was on the horizon and later actually occurred. Now in Season 4, the show lacks a large unifying thread and Julian Fellowes and co. have had to stretch a little further to come up with storylines to keep viewers enticed. The one recent storyline that has been effective emotionally involves Anna, her husband Mr. Bates and a slew of other people living in Downton. It’s pretty late in the game, but during Episode 7, we were finally given a reason to keep turning in, and that reason might involve Mr. Bates straight up murdering someone.

If you aren’t caught up on the facts, earlier this season Bates’ wife, Anna, was taking a break belowstairs when a visiting valet named Mr. Green accosted her. After a despicable conversation, her took her into a side room and raped her, later returning to his duties upstairs. Throughout the season, Anna and Bates have had their trials as he slowly determined what had happened to his wife. They had mostly reconciled when Lord Gillingham returned to the estate, Mr. Green in tow. While Bates doesn’t know it was Green who took advantage of Anna, thanks to a wild story about a robber, he clearly suspects it was Green, and the episode ended with a look of hatred from Bates directed at the valet. 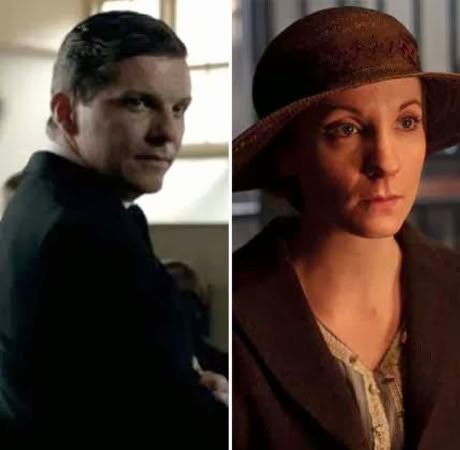 Those involved with the secret, including Anna, Mrs. Hughes and Mary, all really wanted to put the past behind them. When Lord Gillingham showed up with Mr. Green, it was a stark reminder that things were not even close to alright and that Anna was still in an emotional state. Unfortunately, Mr. Green is doing nothing to keep up appearances. During the course of the episode, he told Mrs. Hughes that Anna was drunk and wanted to be with him. He then proceeded to tell the staff that he had come downstairs around the time of Anna’s rape during his last visit. It’s almost as if he is intentionally toying with Bates, feeling as if he is invincible, but I’m not certain why he might possibly believe that. 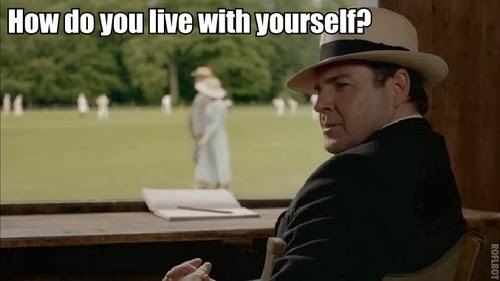 Bates has a pretty heavy history. He formerly spent an extended amount of time in jail for the perceived murder of his wife. He has seen hardship in war and hardship on the homefront, and because of his experiences, he is not a man to avoid conflict. Beyond this, he is willing to go out of his way to protect those he loves and cares for, and Anna is his top priority. Bates is mostly a gentle man, but he has the capacity to be very scary, and I have no idea how Mr. Green doesn’t see this. It makes me think he has gotten away with many similar situations in the past.