‘Sherlock’ series 3: 10 moments you missed because you don’t read the books

Sherlock week continues as we show you 10 moments of series 3 that you missed out on if you don’t read the Sherlock Holmes novels.

Back in December, we brought you 10 Sherlock references you missed because you don’t read the books, sharing the answers to references like Vatican Cameos and Mycroft’s diet. Since then, the world has been treated to the emotional rollercoaster of series 3 – and plenty more cheeky nods to canon that non-book readers probably didn’t understand.

Well, we here at Hypable think you should be reading the books. To show you what you’re missing out on, we’ve compiled a list of 10 nods to canon from the show’s third series. If you haven’t read Arthur Conan Doyle’s original stories, this will hopefully explain a few of those references that have always puzzled you, and encourage you to run to the library and grab the source material to help pass the excruciating wait for series 4. 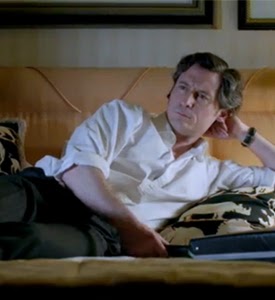 "I have not introduced you yet,’ said Holmes. ‘This, gentlemen, is Colonel Sebastian Moran, once of Her Majesty’s Indian Army, and the best heavy game shot that our Eastern Empire has ever produced. I believe I am correct, Colonel, in saying that your bag of tigers still remains unrivalled?’”

With Moriarty seemingly dead at the end of “The Reichenbach Fall,” fans were fervently speculating about who the big new bad would be. When we found out that the series 3 opener would be called “The Empty Hearse,” many were sure we would be seeing Colonel Sebastian Moran – Moriarty’s right-hand man and notorious big game hunter.

However, when it was announced we’d instead get Charles Augustus Magnussen as the great detective’s latest adversary, we thought the Moran dream was over. And in a sense it was – as “The Empty Hearse” focused instead on an underground terrorism plot not entirely unlike V for Vendetta. But writer Mark Gatiss still left in a nod to the episode’s namesake story. The corrupt politician behind the deadly scheme is known as Lord Moran.

It would be nice if we could see the book version of the character, as his aggressive skill with a gun and ruthless quest for revenge would be an exciting dynamic to put Sherlock in – all the brains and deductive skills in the world can’t save you from a speeding bullet. “Unfortunately, no. I confess that I am surprised and disappointed. I expected something definite by this time. Wiggins has just been up to report. He says that no trace can be found of the launch. It is a provoking check, for every hour is of importance.”

In our last list, we told you how the homeless network were a contemporary take on the Baker Street Irregulars (Sherlock’s band of orphan children who would assist him on cases). We thought that was as far as the references would go, until Billy Wiggins jumped into the back of Mary’s car and made a few deductions of his own.

In the original stories, Wiggins is the ringleader of the Baker Street Irregulars and Sherlock’s first point of contact with his underground information network. He may have been found in a drug den, but the grown up street urchin can certainly hold his own when it comes to the powers of deduction.

It’s just a shame that his exit was a bit abrupt, as we’d certainly like to have seen more of the character. Hopefully, he’ll be back in series 4 to lead the homeless network in the true spirit of the novels.