The earthy spirituality of the wonderful ‘Call the Midwife’ 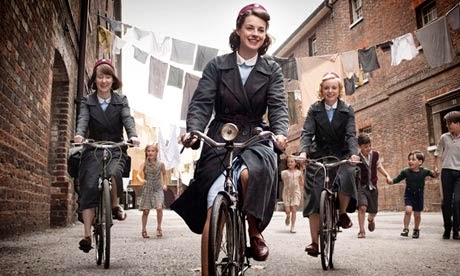 While I cannot deny that the BBC series Downton Abby has its undeniable pleasures — Maggie Smith’s performance as the Dowager Countess chief among them — having watched and rewatched it through three seasons, it does not, for me, rise above the level of a semi-guilty pleasure; a happy diversion and escape.

By contrast, the other BBC series Call the Midwife — which has been more popular in the UK than Downton — not only holds up under repeated viewings, it improves. But even more, the show offers an astonishingly positive view of religion and religious people.

The nuns, from the apparently angelic but worldly-wise and tolerant Sister Julienne to the crass but loving Sister Evangeline to the aged and doddering Sister Monica Joan, defy every crude stereotype ever dreamed up by scriptwriters.

While it was my particular interest in maternal health that drew me to Jennifer Worth’s wonderful memoirs (upon which the shows are based), what surprised and delighted me was the way in which the sisters of Nonnatus House in London’s East End serve the whole community in the whole range of life. They greet the newborns; they tend the dying; they keep the hours of prayer in the midst of blood and pain, mud and misery.

In one episode, a young girl secretly gives birth in an empty basement as the nuns sing Vespers; their haunting plainsong invoking mercy, grace, and protection for the coming night even as the girl cries in bringing forth her young. The sisters are not yet able to extend care to her, but their prayers intercede before their skilled and loving hands and hearts do. 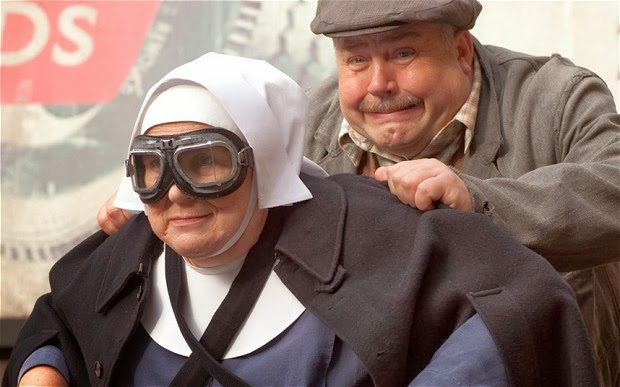