I’m a Sherlockian, hardcore. It’s like being the guy who puts on Vulcan ears to watch his favorite Star Trek episodes. I’ve written a much-produced play, Sherlock Holmes and the Case of the Christmas Carol, which debuted at Taproot in 2010, and a yet-unpublished Holmes novel. I even own—though seldom wear—a deerstalker cap. And once a month I meet with like-minded fanatics at The Sound of the Baskervilles gatherings (more on that later), where both Arthur Conan Doyle’s original texts and the new Sherlock Holmes TV shows are avidly discussed.

Suddenly, thanks to those shows, casual Sherlock fans are everywhere—latecomers, we purists scoff. There have never been more high-profile adaptations of Sherlock Holmes than today. Robert Downey Jr. and Jude Law have starred in two recent Holmes action movies, with a third in the works. 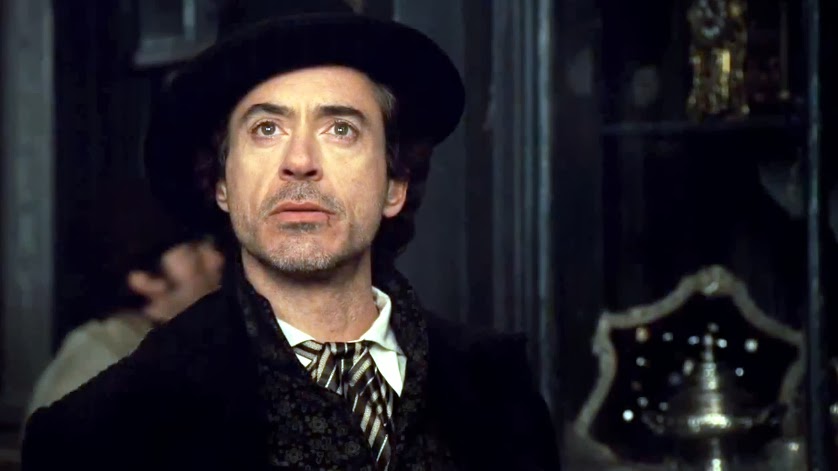 On television we have Elementary on CBS, starring Jonny Lee Miller, and the BBC’s Sherlock, starring Benedict Cumberbatch. Both update Holmes to the contemporary world, though it’s the British version—which just streamed its third season on Netflix—that’s drawn the most critical approval, mine included.

Sherlock comes in big, meaty 90-minute episodes that feel like feature films, free of commercial breaks and the drawn-out storylines that plague American TV. While Sherlock’s London is contemporary, we still detect the underlying Victorian metropolis—the gristle and grit of the wonderful old city. The third season of Sherlock is, I would argue, the best yet, as it focuses on the subtleties of the very human friendship of its two central characters.

(Here let’s stipulate that the pedestrian, New York–set Elementary comes across as a pale copy of Monk or House ; Miller is mostly wasted playing yet another eccentric detective with a ho-hum drug habit; he’s not helped by Lucy Liu’s female yet otherwise unremarkable Watson; and the scripts are utterly mundane.)

Why is Sherlock so good? I am forced to concede that the show’s creators, Mark Gatiss and Stephen Moffat, are even bigger Sherlock nerds than I. They previously helped reboot Doctor Who, and they enliven this show with fancy edits, wipes, fades, and freezes that demonstrate Holmes’ mental processes. His mental observations—a worn collar cuff, a bit of dog hair, too much makeup—even appear on the screen in neat little white script. Graphics show us maps and diagrams as Holmes races through his “mind palace” in search of the correct clue. They also stuff each episode with references to the original Conan Doyle stories. In one repeating trope, a series of clients present their cases to Holmes in a flowing montage, with him providing solutions at lightning speed.

Granted, the show does make occasional missteps, puffing up its protagonist past superhuman and into superhero: Holmes surveys London from a rooftop as if he’s just been summoned by the Sherlock Signal; he leaps on a motorbike like James Bond. 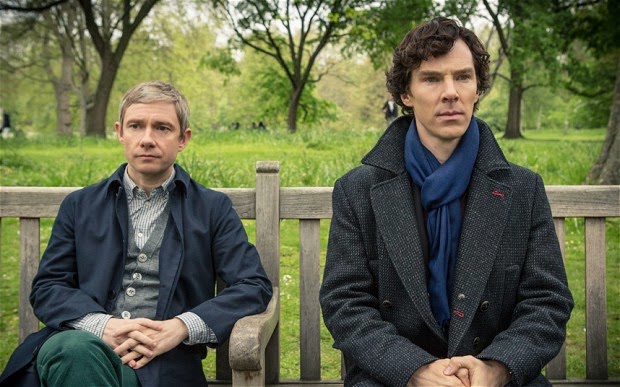 The greatest pleasure to Sherlock is the perfect casting of Cumberbatch as the detective and Martin Freeman as Dr. John Watson; both are clearly having the time of their lives in these iconic roles. Cumberbatch is an actor built to play gods and demons (see: Star Trek Into Darkness). He’s angular and not quite handsome, with a searing intelligence and patrician air. Like the two other great screen Holmeses, Basil Rathbone and Jeremy Brett, there’s a thin, quivering element to his performance that shimmers with impatience. Unlike those earlier actors, however, Cumberbatch embraces Sherlock’s least likable elements. When a policewoman calls him a psychopath, he replies, “I’m a high-functioning sociopath. Do your research.”